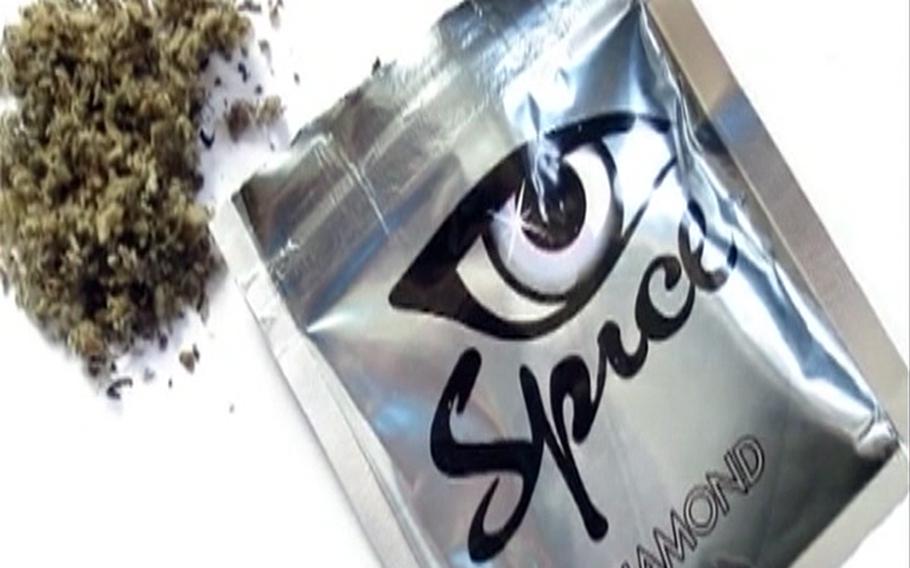 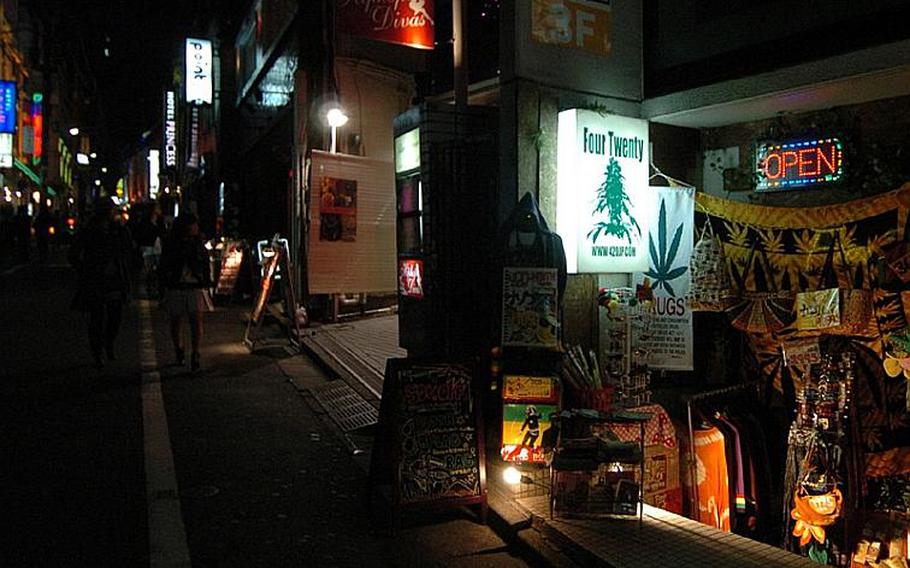 Buy Photo
Certain so-called head shops, such as this one in Tokyo, sell Spice, which is billed as legal marijuana and is banned to servicemembers. (Tim Wightman/Stars and Stripes)

CAMP FOSTER, Okinawa - The Air Force can now screen up to 3,000 airmen per month for synthetic marijuana, a significant increase over previous testing abilities, thanks to new drug testing equipment that came online this month.

The equipment is the latest breakthrough in the campaign against the group of drugs known as Spice, which have become pervasive in the military and led to hundreds of courts-martial and separations, and been at the center of scandals at military academies. The Air Force can now run 100 times more drug tests for Spice than the office of the Armed Forces Medical Examiner, which handles most testing across the military, and screens up to 30 samples per month for each branch.

Still, the new measure will not let the military randomly conduct urine testing for Spice - a method that has kept drugs such as marijuana and cocaine in check for years.

For now, the Air Force urine screening will be done on demand, and the service will "continue to provide testing for command-directed urinalysis and unit, dorm and gate sweeps," Air Force spokesman Todd Spitler said in a released statement.

The Air Force spent $480,000 for two specialized machines that can detect metabolites in the urine of Spice users, according to the service. The service said it also hired two forensic toxicologists and will hire five laboratory technicians to work specifically on the testing.

Spice is the commercial name associated with various synthetic marijuana-like drugs that have recently swept through the United States and the rest of the world. The drugs are sprayed onto dried herbs that resemble marijuana and give a euphoric high when smoked. But the compounds also can cause panic attacks, hallucinations, vomiting and bouts of anger, according to the Air Force.

The military, the federal government and dozens of states have banned the sale, possession and use of Spice. But identifying and testing for the drugs has become a challenge because underground laboratories are quickly developing new chemical recipes, according to a report by The Washington Post.

Spitler said the Air Force will be able to test for any variants.

"The instruments being used to detect for synthetic cannabinoids are able to test for several hundred compounds at once," according to Spitler. "By staying on top of the data identifying which compounds are in the current Spice formulas, the laboratories are able to adapt the testing to look for the new drugs as they are introduced."

The testing will likely be a valuable tool as the Air Force punishes users. So far, the lack of widespread urine testing has caused the military to rely mostly on admissions of guilt or possession of the leafy substances for administrative actions and courts-martial. Only two of the 108 airmen convicted of using Spice by courts-martial last year were prosecuted using urine samples, the Air Force said.

At Kadena Air Base on Okinawa, leaders say the new testing will help deter airmen from using such dangerous drugs.

"Bottom line: Every Airman is now potentially subject to urinalysis testing for Spice," Brig. Gen. Matthew H. Molloy, 18th Wing commander, said in a prepared statement. "Kadena is actively and aggressively seeking to bring this added testing capability on line immediately as an added arrow in the quiver in the war against drugs."

Last year, the Air Force was the first service to announce urine testing for synthetic marijuana, but the other services are also interested in widening the net to catch Spice users.

"The Army is a key partner in Department of Defense efforts to develop an accurate and economically viable [randomized] test for Spice," Hank Minitrez, an Army spokesman, wrote in a statement to Stars and Stripes.

DOD labs test millions of urine samples each year, including at least one random screening of each servicemember to detect illegal substances such as marijuana, cocaine, LSD and amphetamines. According to an analysis by Tricare, the department performed more than 4.6 million tests in 2008.

But no random test has yet been devised for the various compounds known as Spice.

The Navy plans to conduct random testing when the sea service finalizes the testing procedure.

"Spice. I wouldn't use it if I were you," Chief of Naval Operations Adm. Jonathan W. Greenert told a group of sailors during an all-hands forum while visiting Naples, Italy, in February.

"We're going to be able to do random testing very soon, and it's reputable and it's defendable and it's coming close to exactly the way we do urinalysis on regular drugs, if you will. &hellip; I'd get out of it as soon as possible because we're coming after it."

The Army Forensic Drug Testing Lab is working with the National Institute on Drug Abuse, a public institution, to develop the science to bring Spice into the DOD testing regimen, Minitrez said.

Research began this month and if successful, could put a cap on use of the synthetic drugs. Randomized testing and other anti-drug efforts have brought substance abuse down to less than 2 percent of active-duty servicemembers in recent years, compared to as much as 42 percent during the Vietnam War, according to Tricare.