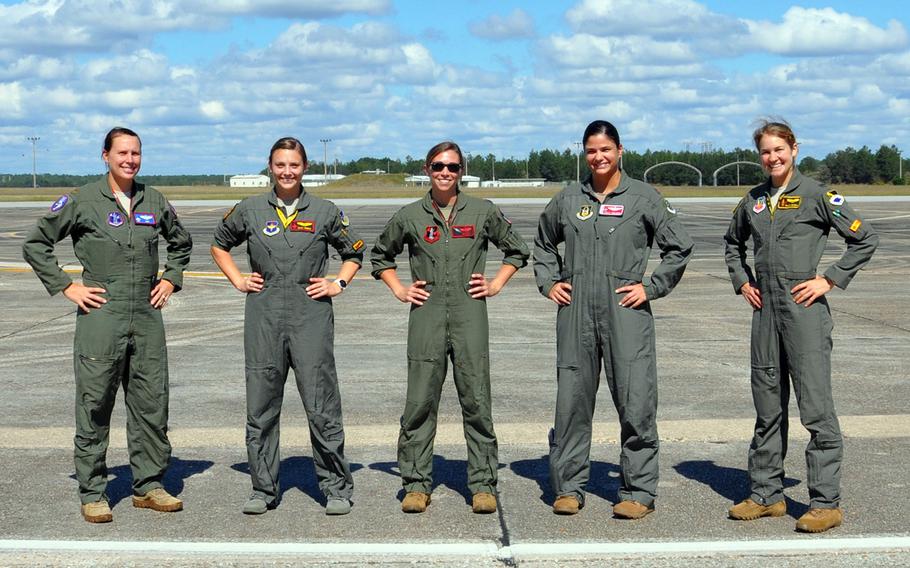 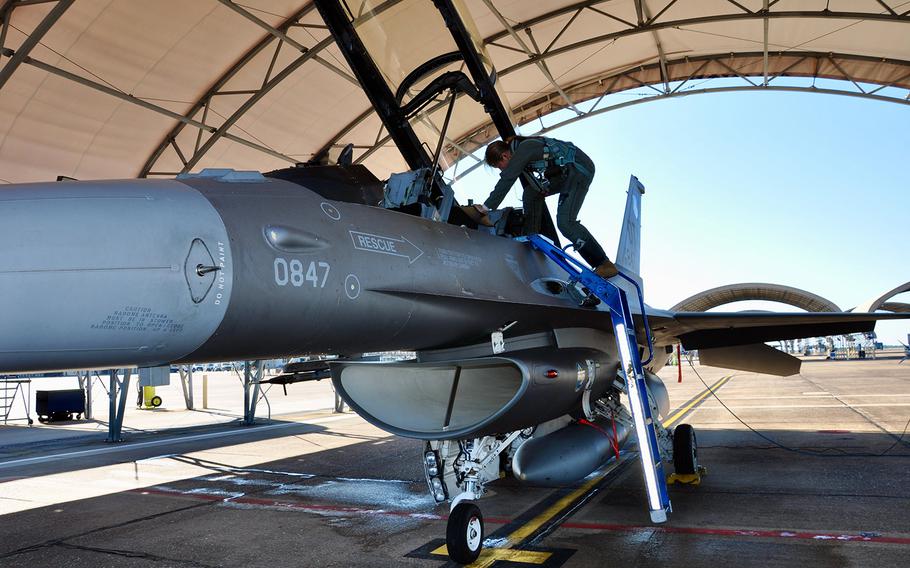 The Air Force’s anti-gravity suit is designed for an elite group of airmen and astronauts who fly at super, blood-blocking speeds.

But the “G-suit” donned by Air Force aviators since going into use in 2001 was designed to fit a standard male body type, and its shortcomings have become clear with the growing number of female fighter pilots who now wear one.

Late last month, five female fighter pilots tested a modified version of the so-called advanced technology anti-gravity suit that is designed to better fit women or any male pilot with an atypical build, the Air Force said in a news release Tuesday.

G-suits, sometimes called anti-G suits, are designed to prevent a pilot from blacking out during high levels of acceleration force that cause blood to pool in the lower part of the body, leaving the brain starved of blood and oxygen. Inflatable bladders push blood toward the torso and exert pressure on the lungs.

The new version of the suit has been modified in two major ways. First, it has wider lacing panels in the waist, thigh and calf that allow the user to adjust it to varying body proportions.

Second, the suit comes with an option for a tailored, or “darted,” waist that does not interfere with a waist bladder that inflates during maneuvers with high G-force, the Air Force said.

“In the past, some pilots with a shorter torso have had issues with [G-suits] that were too large riding up and causing bruising on the rib cages, while pilots who are hard-to-fit may have had one size that fits through the legs, but need a smaller size in the waist,” Charles Cruze, a human systems division engineer with the Air Force Life Cycle Management Center, said in the news release. “Now, the waist can be darted up to 3.75 inches, allowing for a more custom and accurate fit, preventing both of those issues.”

According to the Air Force’s Personnel Center statistics, the service has just over 800 female pilots, with another roughly 580 women serving as navigators or air battle managers.

A pilot wearing a standard G-suit occupied the jet’s second seat to ensure safety during the testing, the Air Force said.

The test pilots also evaluated the suits during regular activities such as sitting, standing, walking and climbing into and out of the aircraft, the Air Force said.

“I honestly didn’t expect to notice much of a difference because I’d never noticed significant issues with the [G-suit] sizes before, but I was pleasantly surprised that these upgrades increased the [the suit’s] functionality significantly under G,” she said in the news release.

“As more women strap into fast jets to get the mission done, I think the Air Force is heading in the right direction,” Trimble said.

The modified G-suit could be available to pilots within one to two years based on the Air Force’s current acquisition protocol, Sharon Rogers, the lead test engineer, said in the news release.

“These tests are important because they will ultimately increase the lethality of those who no longer have their mask slip down during a sortie, their G-suit crunch under their waist, or the extra fabric of a too big anti-exposure suit get in the way of their movements in the jet,” Trimble said. “These don’t seem like big issues, but everything counts in the air, and having gear that fits and works as intended should be the standard.”