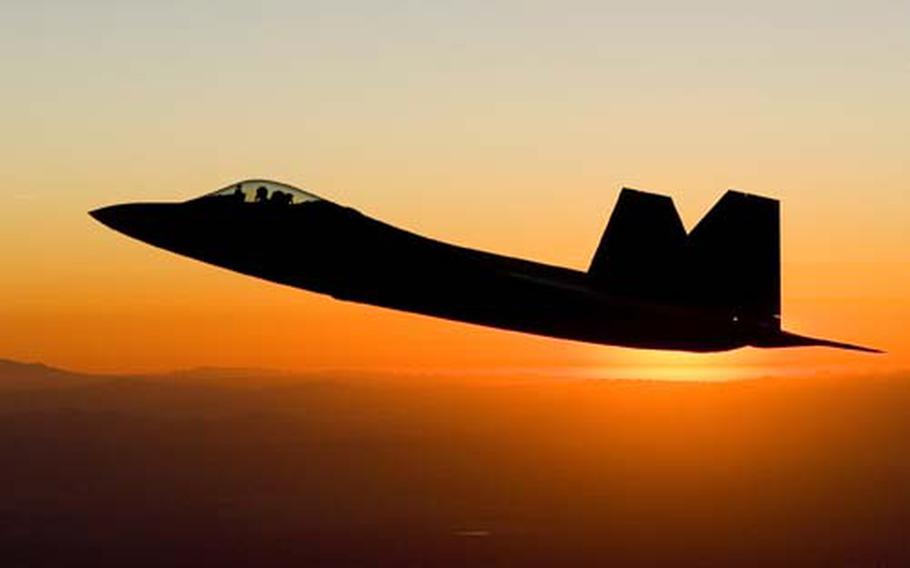 SEOUL &mdash; The U.S. Air Force has grounded its fleet of F-22 Raptors, citing concerns over the aircraft&rsquo;s oxygen system.

It is not immediately clear how long the Raptors will be grounded, or what it will take to put them back in operation, he said.

&ldquo;The safety of our airmen is paramount, and we will take the necessary time to ensure we perform a thorough investigation,&rdquo; Gerst said.

An investigation into the Raptors&rsquo; performance was launched in the wake of a November crash in Alaska. Since January, the jets have been restricted to altitudes of 25,000 feet because of concerns pilots might black out from a lack of oxygen, officials said.

Asked how the grounding of the Raptors might affect Air Force operations, Gerst said, &ldquo;The temporary stand-down will have a negligible effect on real-world missions, as the F-22 remains available for national security-directed missions. Additionally &hellip; commanders may allow one-time flights if warranted and prudent.

&ldquo;Crews will maintain proficiency through simulator and ground training events,&rdquo; he said.

The F-22 program has been under intense scrutiny for years. Developed as the U.S. military&rsquo;s premier fighter jet, the F-22 with its $400 million price tag has been hotly debated in Congress. When the 2010 Defense Authorization Bill was passed, F-22 production was capped to 187 total aircraft.

The stealth aircraft has never been flown in combat.