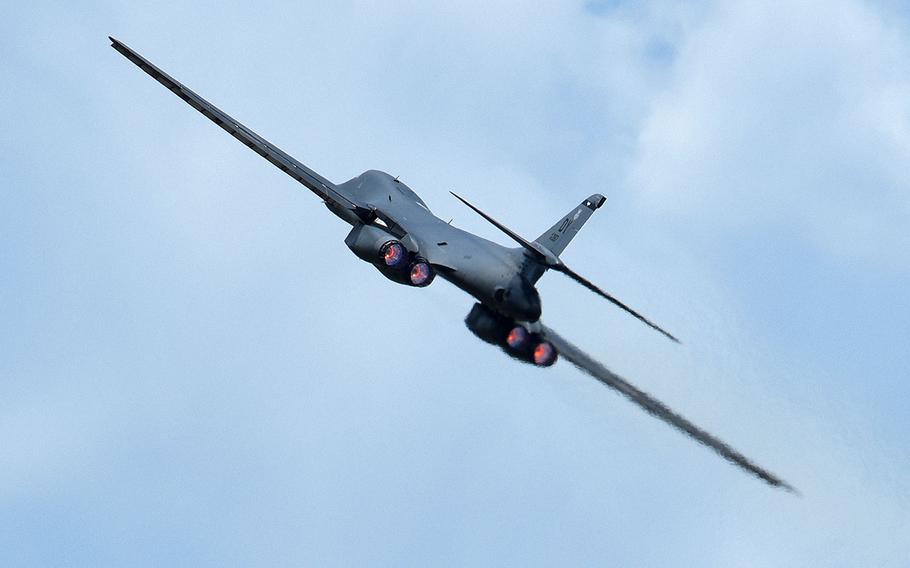 The Air Force grounded all B-1B Lancer heavy bombers as of Thursday to conduct a fleet-wide safety investigation in the wake of an emergency landing by a Lancer last month.

The Air Force Global Strike Command announced the stand-down of the aircraft on Friday.

On May 1, a B-1B Lancer made an emergency landing following engine failure at Midland International Air and Space Port between Midland and Odessa, Texas.

Midland International Air and Space Port is about 150 miles from Dyess Air Force Base, where the aircraft was based.

The four crew members aboard the bomber were not injured. The aircraft was not carrying munitions.

“As issues are resolved aircraft will return to flight,” the Air Force said.

The Safety Investigation Board is continuing its probe of the emergency landing for the purpose of preventing future mishaps or losses, the Air Force said.

The four-engine B-1B Lancer is a supersonic heavy strategic bomber that was first added to the fleet in 1974. Operated by the Air Force Global Strike Command, they have been used extensively in the Global War on Terror.