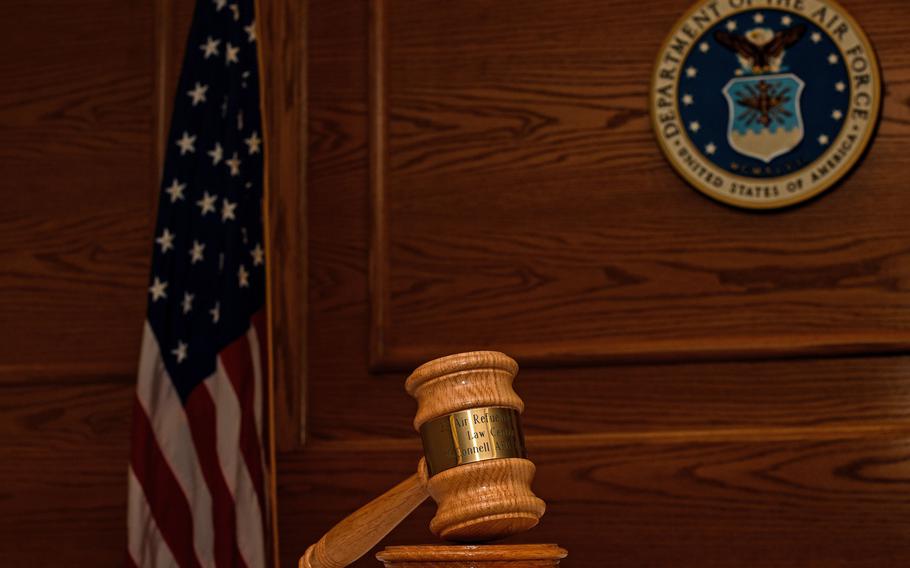 A gavel sits on a table in a courtroom at McConnell Air Force Base, Kan. The Air Force has failed to implement reforms to fix racial disparities within its military justice system, military law watchdog group Protect Our Defenders said in a report released Wednesday. (Alexi Myrick/U.S. Air Force)

A gavel sits on a table in a courtroom at McConnell Air Force Base, Kan. The Air Force has failed to implement reforms to fix racial disparities within its military justice system, military law watchdog group Protect Our Defenders said in a report released Wednesday. (Alexi Myrick/U.S. Air Force) 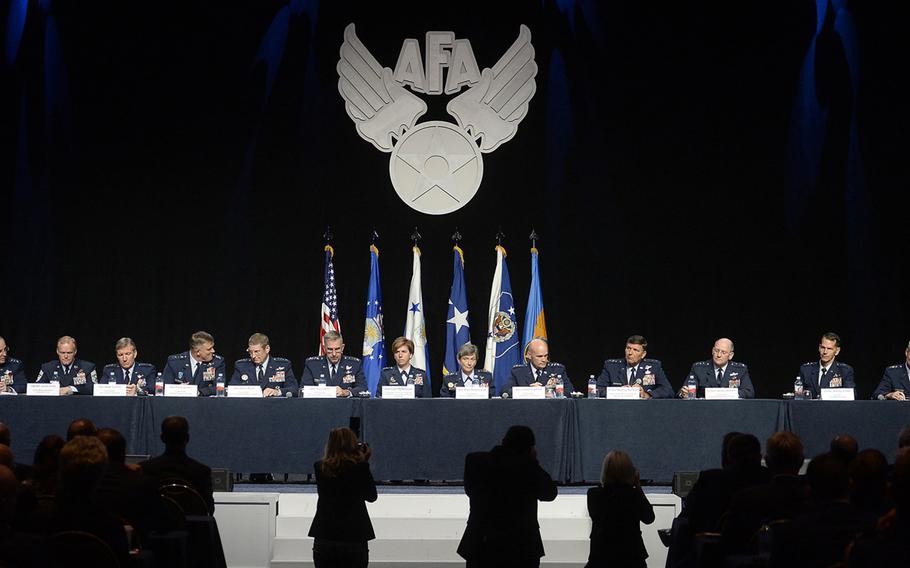 Don Christensen, head of the military law watchdog group Protect Our Defenders and a former chief prosecutor for the Air Force. The group said the Air Force hasn't made reforms to fix racial disparities within its justice system, in a report released Wednesday. (Don Christensen)

The Air Force has failed to make reforms to fix racial disparities within its justice system and withheld documents to hide its “abysmal record,” a watchdog group said.

“The Air Force has concealed records and discredited its own statistics, with leadership later doubting that disparities were as severe as their own data reveals, contrary to conclusions reached by (government and independent) investigations,” Protect Our Defenders said Wednesday in a report on racial disparities in military justice.

In 2017, the group published a report that found racial inequalities across the military justice system, with the Air Force cited as having some of the most extreme discrepancies.

In the Air Force, black airmen on average were 71% more likely to face court-martial or nonjudicial punishment than their white counterparts, according to the group’s investigation at the time.

“Four years after the Air Force admitted the need to examine racial disparities, no recommendations have been formally made nor have any changes been implemented,” the report said.

Protect Our Defenders is led by retired Col. Don Christensen, a former chief prosecutor for the Air Force.

In 2019, the Government Accountability Office launched its own probe, which found that in the Army, Navy, Marine Corps and Air Force, black, Hispanic and male service members were more likely to be investigated than white and female service members.

They were also more likely to be tried in general and special courts-martial, the GAO found in an analysis based on data from 2013 to 2017. However, the GAO found no statistically significant difference by sex or ethnicity in terms of convictions.

The investigations prompted Congress in December to order that services track race and ethnicity within the justice system in an effort to root out unfairness.

The latest Protect our Defenders report said the Air Force has failed to take significant action and that a “racial disparity team” established to deal with the issue was window dressing.

“A three-year effort by POD found that the creation of the disparity team appeared to be an attempt to deflect from the Air Force’s abysmal record,” the group said.

The Air Force said Wednesday it is trying to address the problem.

“While we have taken steps to elevate unconscious bias training at all levels of our command structure, we have more work to do to identify and remove barriers that stand in the way of our people’s success,” said Air Force spokeswoman Ann Stefanek in a statement.

In 2017, the Air Force implemented various initiatives to raise awareness about “unconscious bias,” Stefanak said. And in 2019, the Air Force added additional training and mentorship programs to help airman “adapt to military culture.”

Documents obtained earlier this year after a series of court fights showed that the Air Force acknowledged a “persistent” and “consistent” racial disparity in military justice, but did nothing about it, the report said.

“We recognize there is still work to do in this area,” an Air Force working group said in a talking point slide the service was court-ordered to release, according to the report.

Another slide stated more focus and action on the issue is needed during investigations that “are happening prior to Airmen entering into the Article 15 and Court Martial processes.”

“Strenuous review needs to take place to truly measure how different demographics of Airmen are receiving punishments/corrective actions prior to legal infractions occurring,” the slide stated. “One of the most important questions that we must be able to answer in the affirmative is: Are we being equitable and consistent with, and for, all Airmen at all points through these disciplinary processes?”

The slides were undated but the report stated they were made in 2017.

“Instead, the service engaged in a multi-year effort to keep the findings and recommendations from the working group hidden,” the report said. “It remains to be asked why the Air Force fought so hard to keep the information from the public, and at what level were those efforts being directed.”

The report recommended that Congress hold annual hearings on racial disparity in the military justice system as a means for holding the service branches accountable.

“The military should not be able to keep information from the public simply because it is embarrassing or exposes systemic failures,” it said.