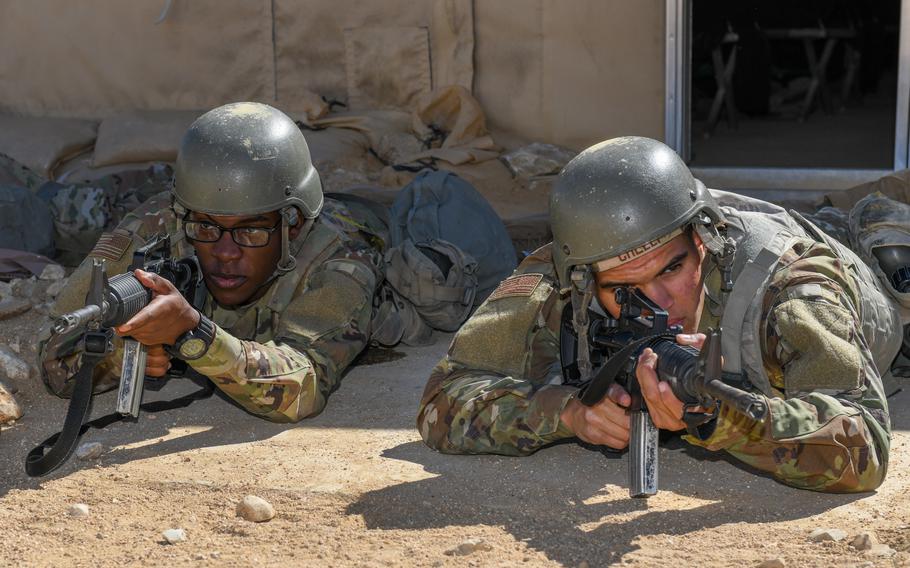 The U.S. Air Force has finally slain the BEAST.

After 16 years, Basic Expeditionary Airman Skills Training will be retired, as the service changes the way it prepares recruits for combat. The once weeklong field training has been shortened to 36 hours, Air Force officials said in a statement last week.

As before, the revised field training will happen during the eight weeks of basic training at Joint Base San Antonio-Lackland in Texas.

Although the training itself has been reduced, the Air Force’s new name for it is decidedly longer: Primary Agile Combat Employment Range, Forward Operations Readiness Generation Exercise, or PACER FORGE.

PACER FORGE is not just a renaming or rebranding of BEAST but the result of a yearlong review process, said Col. Jeff Pixley, commander of the 737th Training Group, as quoted in the statement. 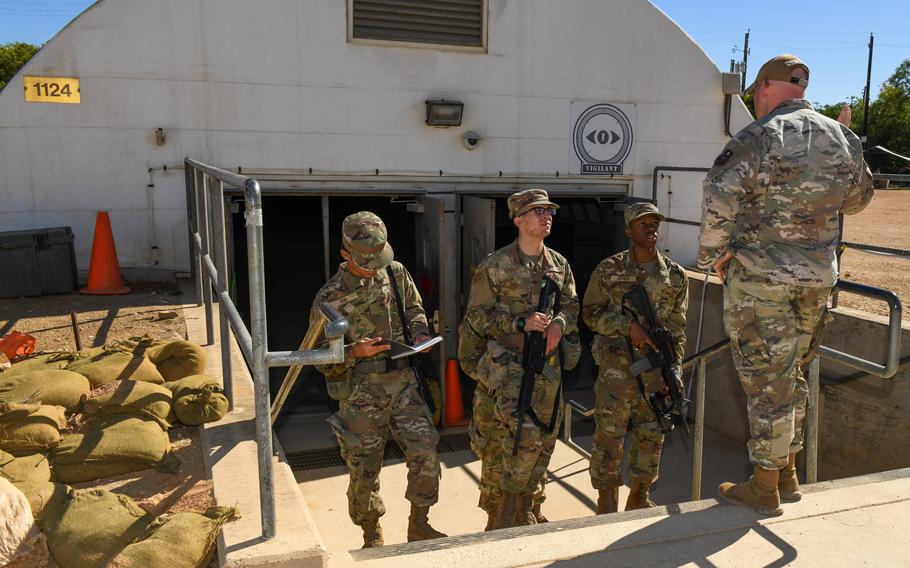 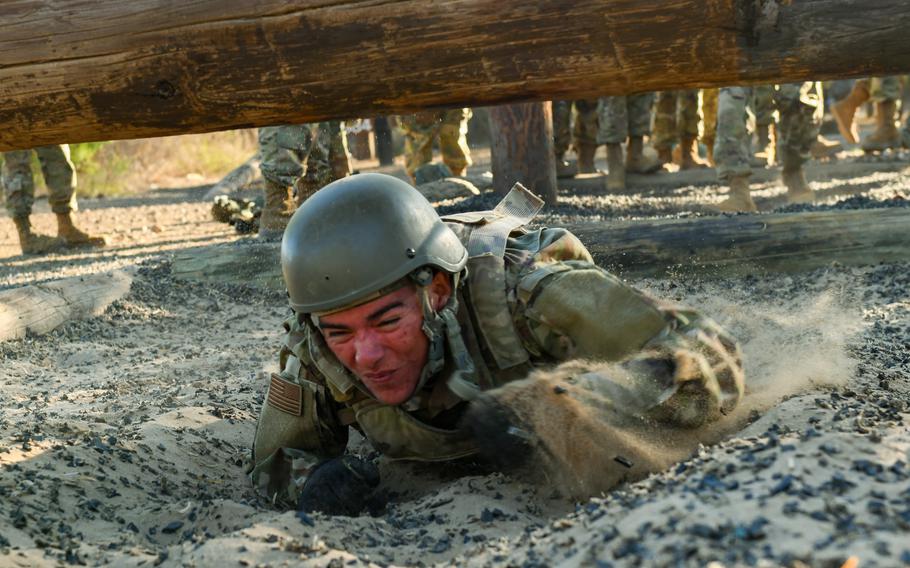 An Air Force trainee moves through an obstacle course at Joint Base San Antonio-Chapman Training Annex in Texas on Oct. 26, 2022. The airmen went through PACER FORGE, a new 36-hour exercise that tests teamwork, discipline and problem-solving skills of airmen during basic training. (Thomas Coney/U.S. Air Force)

The first PACER FORGE graduates completed the curriculum in early October. Images posted to the Air Force’s official websites show that much of the compressed training schedule maintains a similar approach to BEAST.

Details of the curriculum are withheld to prevent recruits from knowing the nitty-gritty in advance, according to the Nov. 16 statement.

“We want it to be something trainees consider so important and formative that they don’t spoil it for those that follow,” Pixley said.

However, Air Force efforts to keep the details under wraps for long may be moot, given that graduates are quick to review their training experience on YouTube or offer tips on social media.

“PACER FORGE is pretty cool,” one recent graduate wrote on Reddit last week, describing the training as “a shortened version of the old beast program.”

The training still will give airmen a sense of what it’s like to be on a real deployment, the service says.

“This free-flowing structure empowers trainees to make decisions and respond to challenges in innovative ways,” Pixley told Stars and Stripes on Tuesday. 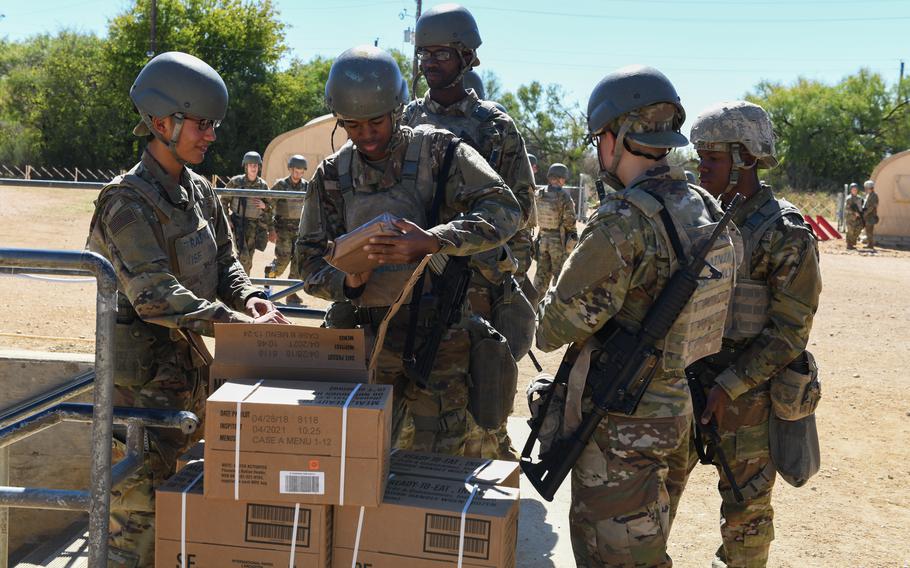 Airmen hand out Meals, Ready to Eat kits at Joint Base San Antonio-Chapman Training Annex in Texas on Oct. 26, 2022. They were among the first groups of airmen to go through PACER FORGE, the service's new field training conducted during basic military training. (Thomas Coney/U.S. Air Force) 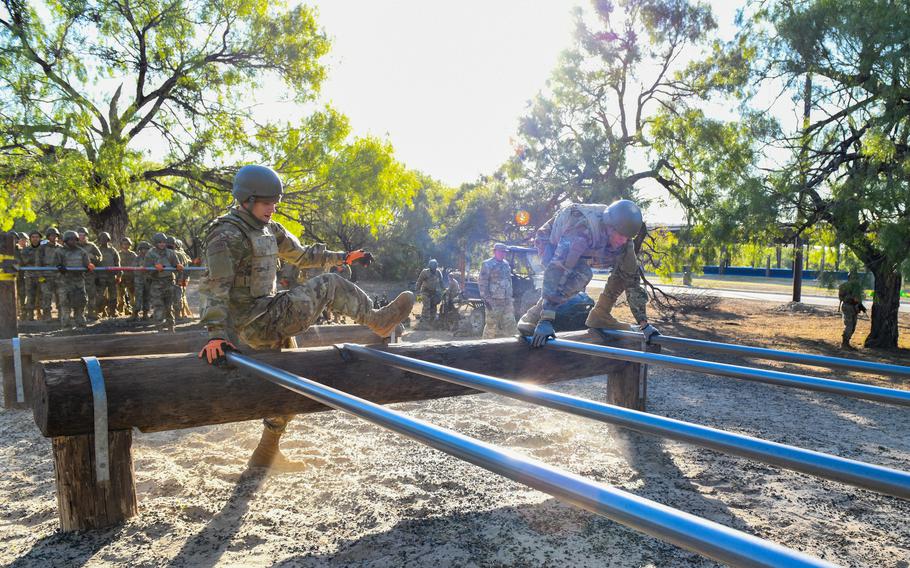 In 2006, the former “Warrior Week” underwent a major redesign into the four-day BEAST program to include lessons learned from the new wars and deployments in the Middle East.

During BEAST, airmen slogged through nearly a week in full “battle rattle,” wearing helmets and body armor and carrying canteens, gas masks and their M-16 rifle at all times.

For some two decades, this training experience was shared nearly unchanged by thousands of airmen now serving on active duty or in the reserves.

All but the most senior of current enlisted Air Force personnel completed BEAST before earning the airmen’s coin at the end of basic training.

Many activities held at the beginning of BEAST have shifted to earlier weeks of basic training. Airmen now are taught weapons handling, chemical warfare and tactical combat casualty care before stepping on the bus to the training range.

The new approach also changes the roles of instructors. Once focused on keeping up intentional stress and pressure on trainees with high volume commands, instructors now are tasked with being mentors and facilitators, guiding airmen through the scenarios.

“(MTIs) have the flexibility to adjust and adapt the curriculum in real-time based on trainee actions, skill level and capability,” Pixley told Stars and Stripes.

Pixley said in the Air Force statement that the new approach is better aligned with current needs of the force.

“If we get it right, it will be the highlight of their (basic military training) experience despite only being 36 hours in length,” he said. “Early feedback suggests we are absolutely on the right track.” 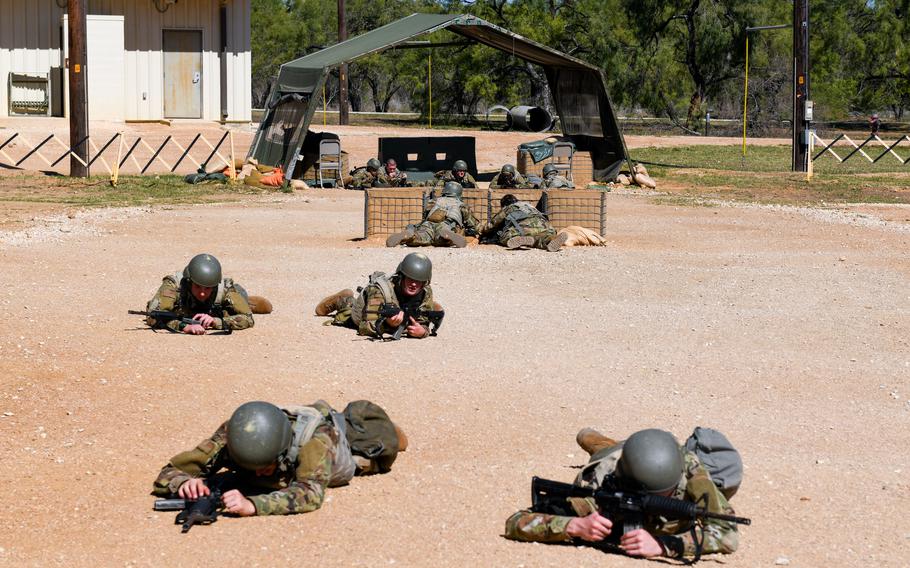 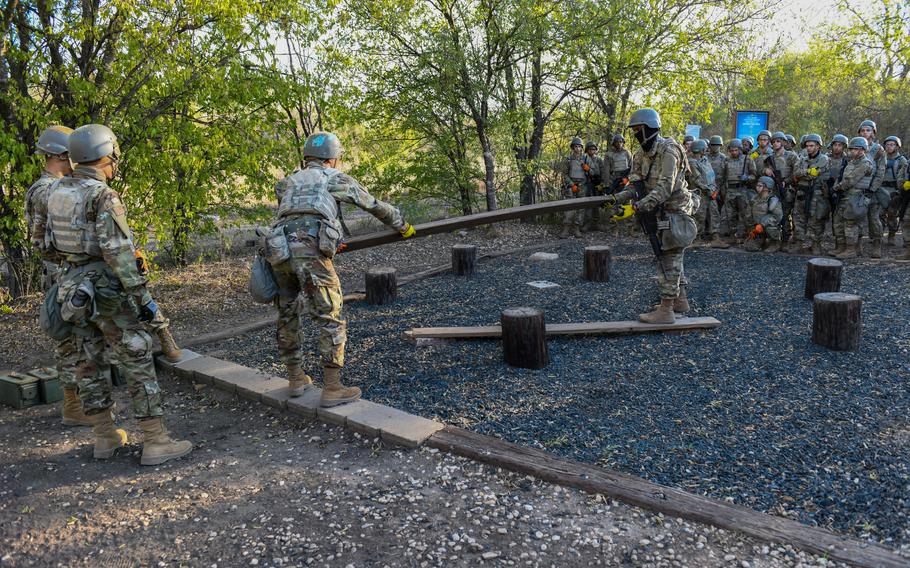