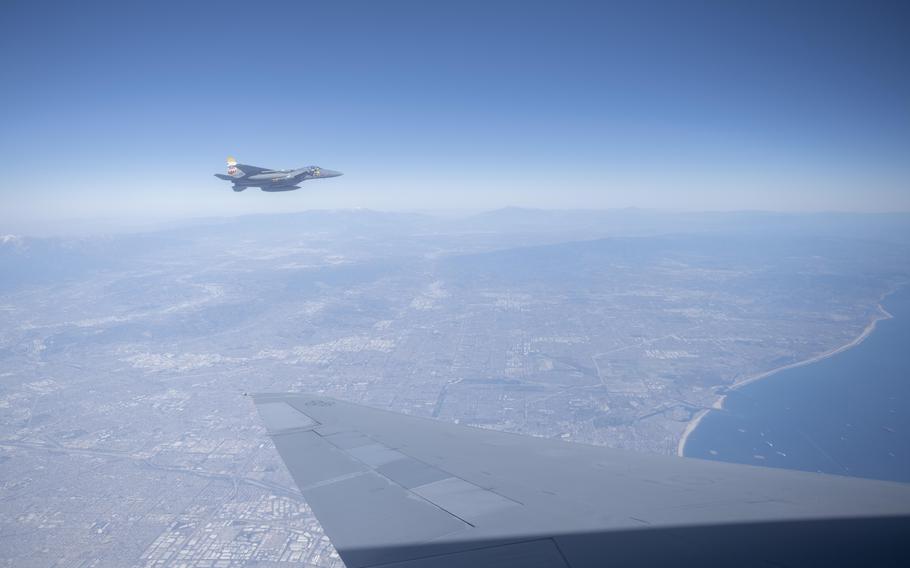 FRESNO, Calif. (Tribune News Service) — The booming noise from the fighter jets soaring through the skies above Fresno on Wednesday night might've startled some or simply had folks wondering what was happening.

The 144th Fighter Wing was conducting night flying from the Fresno Yosemite International Airport and its training is scheduled to last through Friday.

Fighter wings train at night so pilots can maintain combat readiness and remain proficient in their skills.

The evening training lasts until approximately 10 p.m. each day.

The 144th Fighter Wing said the base has been successful in minimizing late-night flights to reduce the impact on neighboring communities and plans to continue to use the noise abatement procedures agreed upon by Fresno Yosemite International Airport and other agencies involved.

The 144th Fighter Wing uses F-15 Eagle jet fighter aircraft, though other military planes occasionally visit the Fresno air base to partake in training, too.