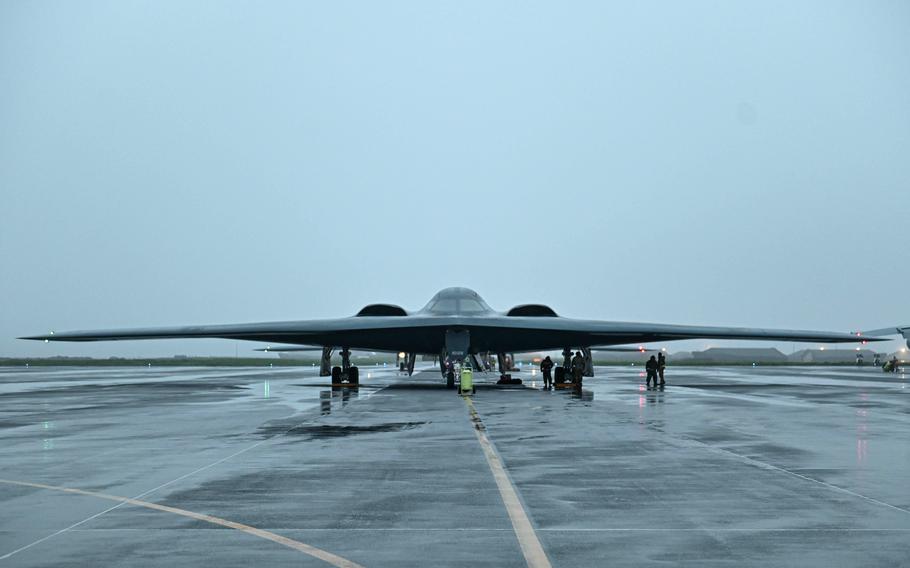 A B-2 Spirit stealth bomber arrives at Keflavik Air Base, Iceland, on Aug. 23, 2021. Three stealth bombers spent an extended deployment at the Iceland base. (Victoria Hommel/U.S. Air Force)

A B-2 bomber mission marked a first for the stealth aircraft with a recent extended deployment in Iceland, where a strategic base is rediscovering its significance to facilitate military missions across the broader Arctic.

In a statement Monday, the Air Force said Keflavik Air Base had served as a new launch point for short-notice bomber task force missions to Europe.

In 2019, the B-2 completed a stop-and-go “hot pit” refueling at Keflavik, but “this is the first time the B-2 has operated continuously from Iceland,” Lt. Col. Matthew Howard, the commander of the 110th Expeditionary Bomb Squadron, said in a statement.

The U.S. military has invested millions of dollars to improve infrastructure at Keflavik, which was prominent in allied operations during the Cold War but faded in importance in subsequent years.

But concerns about Russia’s military resurgence and aggressiveness have prompted the U.S. to boost activity at the base, with more fighter rotations and Navy reconnaissance aircraft tracking submarine movements. A B-2 Spirit assigned to Whiteman Air Force Base, Mo., departs from Keflavik Air Base, Iceland, on Sept. 11, 2021. (Victoria Hommel/U.S. Air Force) 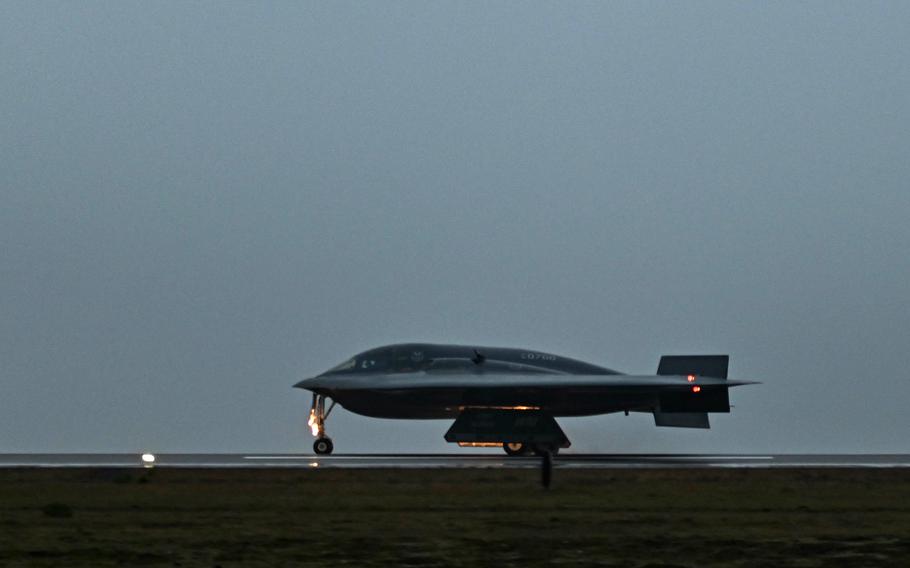 A B-2 Spirit stealth bomber rolls down the runway at Keflavik Air Base, Iceland, on Aug. 23, 2021. (Victoria Hommel/U.S. Air Force)

In 2020, the U.S. military awarded $38 million in contracts to improve the airfield at Keflavik to allow for expanded missions.

“Having the B-2s in theater in Iceland allows us to respond to any potential crisis or challenge across the globe,” Howard said. “Also, conducting sorties with our allies and partners demonstrates and strengthens our shared commitment to global security and stability.”

The Air Force’s B-2 Spirit bombers operate out of Whiteman Air Force Base in Missouri. The long-range heavy bomber is known for its ability to fly undetected and penetrate sophisticated enemy air defenses, making it a key part of the Pentagon’s nuclear strategy.

Three of the bombers returned to Whiteman on Sept. 11 after wrapping up efforts at their mission at Keflavik.