Report of gunshot triggered lockdown at Wright-Patterson Air Force base 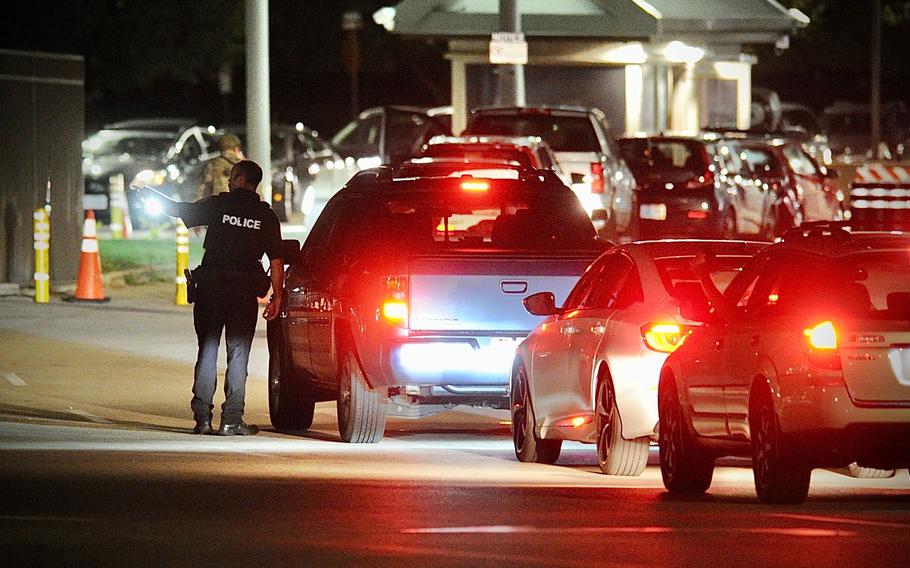 A police officer talks to a driver at a gate at Wright-Patterson Air Force Base, Ohio, near Dayton, Thursday, Sept. 9, 2021, The base was put on lockdown to investigate reports of a shooter on the campus, according to the airbase. (Marshall Gorby/Dayton Daily News via AP)

WRIGHT-PATTERSON AIR FORCE BASE, Ohio — Ohio's Wright-Patterson Air Force Base went into lockdown for several hours while security officials investigated reports of a shooter on the campus but eventually gave the all-clear early Friday morning.

Two individuals reported hearing one gunshot at the base just east of Dayton just after 9 p.m. Thursday, said Col. Patrick Miller, the Installation Commander at Wright-Patterson AFB. The report initiated a series of events leading to the lockdown.

Over the next four hours, officials from the 88th Airbase Wing said responders conducted two sweeps of the National Air and Space Intelligence Center, a three-story, 850,000-square-foot headquarters for the center described as the Department of Defense's primary source for foreign air and space threat analysis.

The lockdown was lifted with the announcement of an all-clear around 1:40 a.m.

No threat was identified and no injuries were reported, Miller said. It was unclear whether the sound the two individuals heard was a gunshot. Miller declined to speculate on what caused the sound.

The sweeps of the NASIC involved multiple people so that responders could search the entire building.

"It's not a single master key that gets you into the door of the National Air and Space Intelligence Center," Miller said. "And so it took multiple folks to come in and unlock some doors for our security forces to get through and sweep that area." 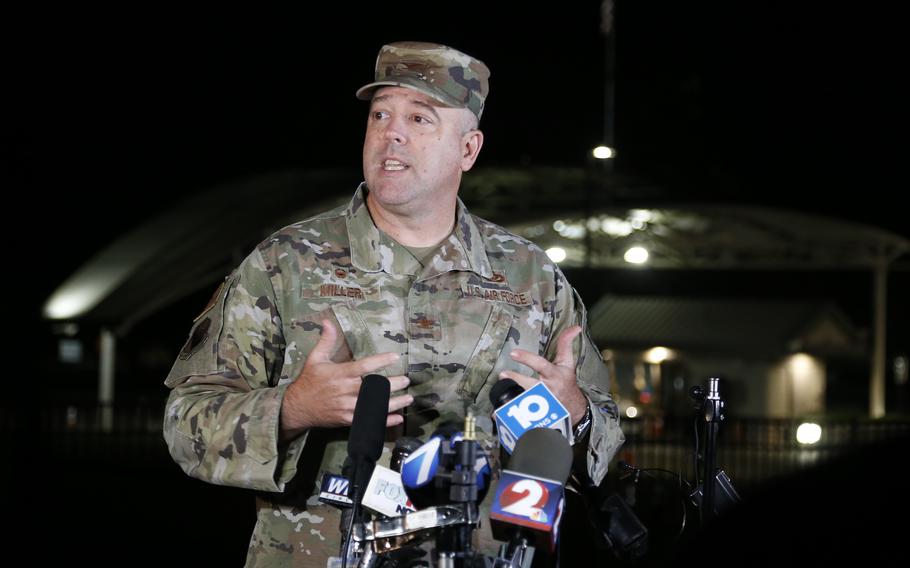 About 100 people were working inside the center at the time, he said. Everyone got out safely.

Additional investigation was planned to determine the cause of the sound. Miller said people at the facility have trained for lockdown situations, saying two active shooting exercises have been conducted there in the past year.