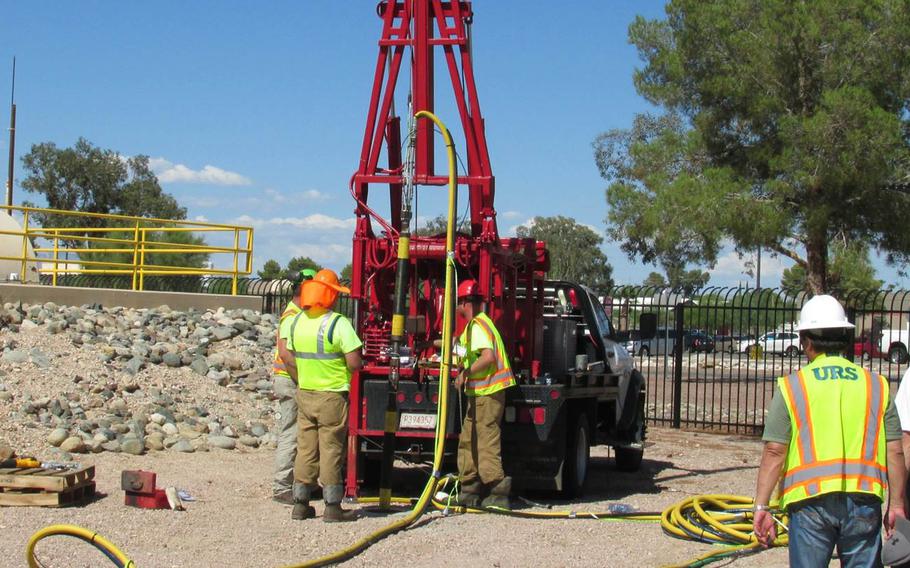 An environmental restoration crew lowers an injection tool into a well as part of the environmental hydrofracturing process. The technology creates small underground cracks into which a slurry of sand, soy beans, laundry detergent, nutrients and micro-organisms will be injected to accelerate removal of contamination previously trapped in dense soils around Air Force Plant 44 in Tucson, Arizona. (Courtesy photo via AIR FORCE CIVIL ENGINEER CENTER )

TUCSON, Ariz. — Members of Arizona's congressional delegation are calling on the U.S. Department of Defense to prioritize cleanup of underground contamination linked to two military installations in Tucson.

Tucson on Tuesday announced plans to shut down a water treatment plan that draws from wells in the airport area.

The delegation members' letter noted that the shutdown means that Tucson will have to rely more heavily on Colorado River water transported by the Central Arizona Project aqueduct system and on groundwater pumped from wells located away from the contamination plumes.

The letter called for Austin to take steps to complete investigations into the contamination and to give high priority for remediation efforts.