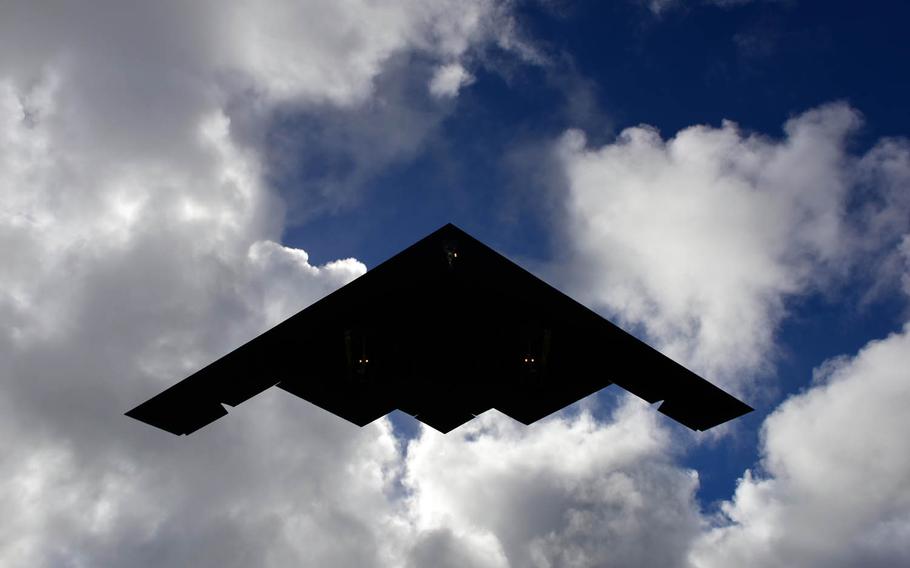 A trio of B-2 Spirit stealth bombers has wrapped up three weeks of training in the Pacific that included drills with B-1B Lancers out of Guam.

The B-2s, which recently returned home to Whiteman Air Force Base, Mo., also trained with other U.S. aircraft and flew Down Under to train with the Royal Australian Air Force, a Pacific Air Forces statement said.

“The B-2’s nearly 7,000 mile unrefueled range allows us to seamlessly integrate with our Australian counterparts on the tactical and operational levels, demonstrating the ability to deter adversaries and defend our allies and partners,” Brig. Gen. Dirk Smith, PACAF’s director of Air and Cyberspace Operations, said in the statement.

Such missions allow crews to keep their skills fresh while familiarizing themselves with airbases and airspace in the Indo-Asia-Pacific region, the statement said.