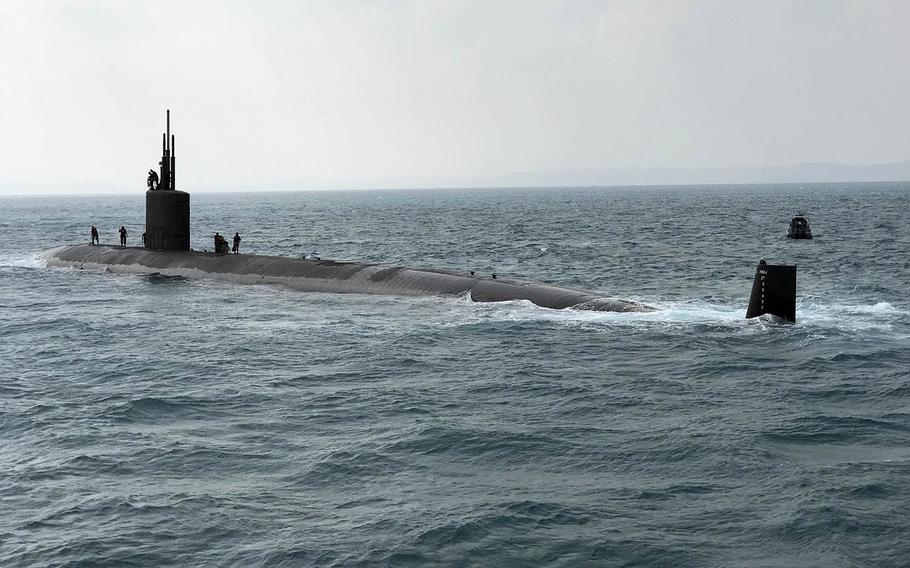 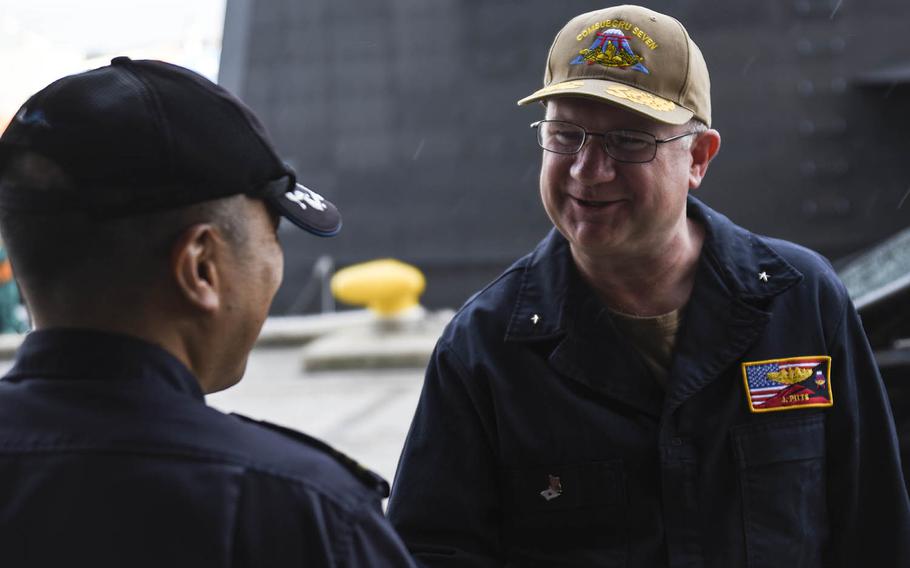 YOKOSUKA NAVAL BASE, Japan — Beneath the cover of the ocean, a “handful” of nuclear-powered U.S. submarines secretly operate in areas unreachable by other vessels across the Indo-Pacific region.

For decades, the surveillance, reconnaissance and lethality the subs provide has gone unparalleled by rivals; however, a changing landscape of military power in the Pacific among adversaries presents a challenge to the Navy’s long-dominant submarine force, leaders say.

A Commander’s Intent issued in March outlines the force’s mission, purpose and challenges, noting that “the demands [on submarine forces] continue to grow at an unprecedented rate.” The document, authored by U.S. Submarine Forces commander Vice. Adm. Joseph Tofalo, acts as “clear and concise expression of [the] operation’s purpose and the desired end state” to provide “focus” and “help subordinate and supporting commanders achieve the commander’s desired results without further orders,” according to the Department of Defense.

“America’s military remains the strongest in the world, but our advantage is shrinking due to rapid advancements by rival states,” the Commander’s Intent said. “… Their ever-evolving challenges demand our continued vigilance, commitment to combat readiness, ability to quickly adapt and learn in the face of change and our strict adherence to the Navy core attributes of our professional identity.”

Despite the changing landscape, the leader of Submarine Group 7, which overseas operations in an area that is home to some of the United States’ fiercest challengers, said the Silent Service remains competitive and vigilant in the protection of the nation and its interests.

Concentrated challengers The Commander’s Intent listed four nations — Russia, China, North Korea and Iran — as the U.S.’s primary challengers, all of which fall under Submarine Group 7’s domain, stretching from the International Dateline to the Suez Canal.

“Russia is investing in new military capabilities, including nuclear systems that remain our most significant existential threat. China is aggressively pursuing the most capable and well-funded military in the world, after our own,” the Commander’s Intent said. “North Korea publicly seeks the ability to attack us with nuclear weapons. Iran supports terrorist groups and openly calls for our destruction.”

While there is evidence that challengers are bolstering their undersea capabilities, Submarine Group 7 commander Rear Adm. James Pitts said the force remains ready to “compete, deter and defend.”

“Our competitors are rapidly accelerating their capabilities, their reach and their operations, so our job here at Submarine Group 7 is to ensure that we use the forces that are provided to us to stay ready, to stay ahead of our competitors and to stay aware of what it is that they’re doing,” he said.

Those skills are what submariners “routinely execute through our missions, exercises and training out here in the Indo-Pacific,” Pitts added.

A changing security environment will rely more heavily on sea-based operations. According to the 2018 National Defense Strategy, “the central challenge to U.S. prosperity and security is the re-emergence of long-term strategic competition.”

“It is increasingly clear that China and Russia want to shape a world consistent with their authoritarian model — gaining veto authority over other nations’ economic, diplomatic and security decisions,” the paper said.

China “will continue to pursue a military modernization program that seeks Indo-Pacific regional hegemony in the near-term and displacement of the United States to achieve global preeminence in the future,” it added.

China has the largest navy in the region by number of ships with more than 300 in its People’s Liberation Army Navy, according to the 2018 Department of Defense report to Congress on Chinese military and security developments.

China plans to build its submarine fleet from 56 to “between 69 and 78” by 2020, it said. However, all but nine of their submarines run on diesel.

Russia is also boosting its submarine force. Adm. James Foggo, commander of U.S. Naval Forces Europe and Africa, told Stars and Stripes in June that the country is deploying more submarines to the Mediterranean, the Black Sea and North Atlantic than at any time since the Cold War.

Tyranny of distance One of the greatest challenges to overcome is the commonly referenced “tyranny of distance” — the role the U.S.’s proximity to the Western Pacific plays in conducting operations in the area, Pitts said. Add on that “things that happen undersea seem to happen relatively slowly,” and Pitts said strategizing the Silent Service’s movements is onerous.

“That’s one of the biggest challenges that we collectively face on a day-to-day basis — how to posture and position our forces to be in the right positions to execute their missions and with having that responsibility of basically from the Suez Canal to the International Dateline,” he said.

The challenge is made more difficult by the declining number of submarines since the pause in submarine procurement after the Cold War. A 2016 study on the Navy’s force structure concluded it needed 66 nuclear-powered attack and guided-missile submarines. As of April, the service had 53 of the former and just four of the latter, according to a recent Naval Analysis graphic.

“As a result of decisions made many years ago, the number of submarines has begun a long-sustained reduction that will increase these demands on each ship and crew,” the Commander’s Intent said.

Pitts said that at any given time, the U.S. has a “handful” of submarines operating in the Western Pacific. That’s why he said being stationed in Yokosuka, Japan, and having access to four forward-deployed submarines in Guam is an advantage.

The positioning also helps build relationships with allies and neighboring navies. Pitts said he routinely works with naval and submarine forces from South Korea, Singapore, Malaysia, Indonesia, Vietnam, India and Australia. He also has Royal Australian Navy and Japan Maritime Self-Defense Force liaisons on his staff who help work with their home countries.

“It’s pooling the power and strength of those submarine forces and navies as part of us as a team to maintain free trade, international order and be ready should potential adversaries challenge us,” Pitts said. “My job is to continue strengthening those relationships and showing them the commitment that we are there for them and we are ready to integrate and interoperate with them at a moment’s notice.”

Pitts said so far during his five-month tenure, Submarine Group 7 “has always delivered and executed their operations effectively.” Still, he said, to maintain sharpness, submariners consistently review their work for areas of improvement.

“At Submarine Forces we are generally good at being very introspective and learning from every operation and taking those lessons to go back into that continuous improvement,” he said. “We should always be cautiously paranoid and circumspect that we can never rest on our laurels.”

Looking forward, Pitts said he will continue to lead in a way that “ensure[s] that we are meeting the tasking from the national defense strategy.”

“That we are competitive, deter aggression and God forbid our deterrence fails, we are ready to go into combat and ready to fight and win.”