Army: Of 1,100 captains pink-slipped, 48 were in Afghanistan 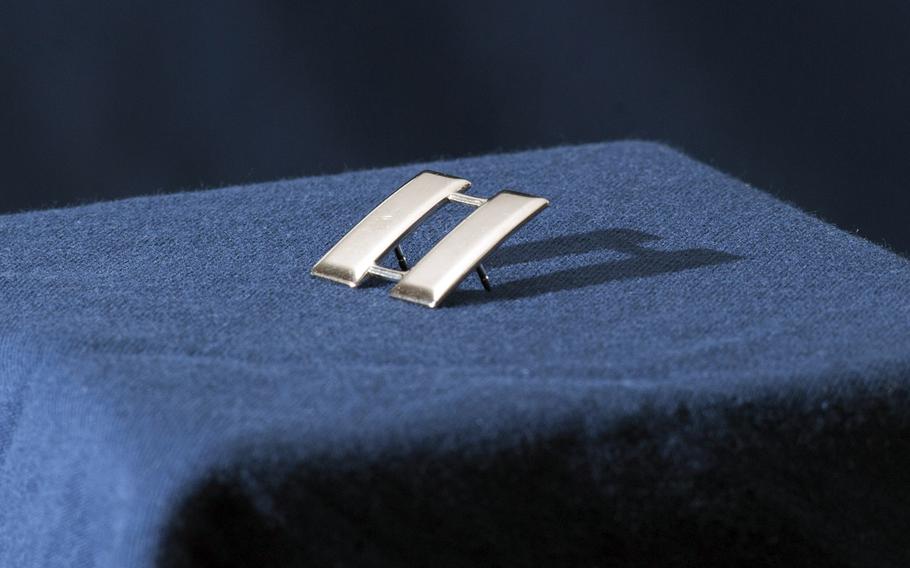 WASHINGTON — Of the more than 1,100 Army captains notified last month their military careers would soon end, 87 were deployed worldwide and 48 were serving in Afghanistan at the time, Army officials said Wednesday.

The Army has been talking for months about the need to separate the captains as well as more than 500 majors this summer as part of the broad Army drawdown, but it’s the first time details have emerged about the sobering business of delivering pink slips to troops in harm’s way.

“Obviously that has to have an effect on the morale of our officer corps,” McCain said. “A serious blow, I would think.”

Dunford, who was answering questions during a hearing on his nomination to become Marine Corps Commandant, agreed.

“Absolutely, and probably more importantly, senator, than the officer corps is the message it sends to young soldiers whose company commander is forced to redeploy as a result of a reduction in force,” Dunford said.

Rep. Tom Cotton, R-Ark., is urging the Senate to act, having learned of the situation only after the House had passed its defense spending bill.

Cotton, a former Army infantry officer with a tour each in Iraq and Afghanistan, wants senators to introduce an amendment that would deny funding of the distribution of pink slips in Afghanistan.

“The men and women deployed overseas have left their homes and families to fight for our country,” he said in a written statement. “It’s deplorable the Obama administration would treat them this way. This action is yet another shameful display of President Obama’s disregard for our country’s warfighters.”

According to Army officials who spoke Wednesday on the condition of anonymity, deployed troops who receive separation notices return to the United States as quickly as possible. For staff officers, that can happen within days, while others who wield more authority, like company commanders, may need up to 30 days to wrap up their assignments and return.

The 500 to 550 majors will receive word of their impending separations in late July or early August, officials said. Further early retirement and officer selection boards could be announced for late this year and early next year, an Army official said. Those notified have nine months to transition out of the active duty Army, and many are expected to continue in the Army Reserve.

Somewhere between 800 and 900 NCOs are likely to be selected for separation in 2015 as brigade combat teams are inactivated, another official said. About 500 were selected early this year.

The Army intends to shrink to an active duty end strength of 510,000 troops this year and fall to 490,000 in 2015, officials said. From there, end strength will likely fall by another 40,000 by 2019 as a result of declining military spending. If elected officials don’t find a way to forestall automatic budget cuts known as sequestration scheduled to return in 2016, Army leaders say the active force will fall to 420,000.