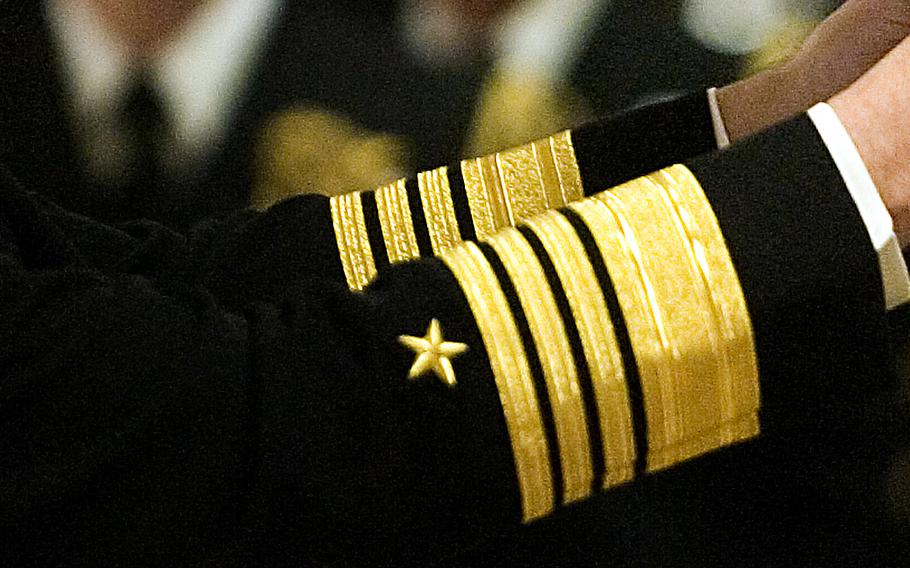 WASHINGTON — With a warning that “the money is gone,” military leaders driven by falling defense spending are moving to cut top brass positions and slash headquarters spending.

The Navy announced late Tuesday that Navy Secretary Ray Mabus had approved a plan to “reduce, eliminate or consolidate a net of 35 Navy flag officer positions” at the one-, two- and three-star ranks. The Navy said it also plans to eliminate 6 more top officer positions in the 2015 budget.

And last week, a memo from Army Chief of Staff Gen. Ray Odierno and Army Secretary John McHugh declared that a plan to cut Army headquarters at the two-star level and above by 25 percent was priority No. 1 for headquarters staff.

The Navy said flag officer end strength is being reduced using a “phased approach” and will be complete by 2017, resulting in 151 Navy-specific billets and 61 flag officers to fill joint billets.

“We had to make tough choices but it was the right thing to do -- the plan is in line with Congressional mandates, OSD guidance and our changing fiscal environment,” said Vice Chief of Naval Operations, Adm. Mark E. Ferguson.

The announcements follow an order from Defense Secretary Chuck Hagel last month to reduce spending on military headquarters by 20 percent over five years, with corresponding staff cuts. The Pentagon endured a $37 billion cut in its budget this year because of sequestration, and faces a $52 billion reduction next year if elected officials don’t find a way to stop the automatic budget cuts required by federal law. Hagel, however, said the headquarters cuts would proceed even if sequestration is avoided.

The Navy released a detailed list of positions to be reduced or eliminated, with most being reduced by one pay grade. For instance, the director of intelligence, surveillance and reconnaissance capabilities in the office of the Chief of Naval Operations at the Pentagon will be a captain in the future, rather than a one-star admiral.

Other positions will be merged, such as two jobs in the CNO’s office – director of the total force programming and manpower management division, and director of military personnel plans and policy division – that will now be done by one rear admiral. Likewise, the Naval Surface Warfare Center and the Naval Undersea Warfare Center, located in Washington, will be commanded by a single one-star.

A few positions will be eliminated, including commander of Submarine Group 2 in Groton, Conn.

The Army memo, dated Aug. 14 and first reported by Defense News, lacks the specificity on cuts that the Navy announcement has. But in terse language punctuated with bold-face type and sentences in all capital letters, it ordered commanders to present plans within two weeks for achieving the 25 percent reduction.

“Let there be no mistake, aggregate reductions WILL TAKE PLACE,” Odierno and McHugh wrote. “The money is gone; our mission now is to determine how best to allocate these cuts while maintaining readiness. We expect Army leaders, military and civilian, to seize this opportunity to re-shape our Army. This effort will take PRIORITY OVER ALL other Headquarters, Department of the Army activities.”

Officials from the Air Force and Marine Corps told Stars and Stripes that both services are taking steps to follow Hagel’s direction on 20 percent headquarters reductions, but have no current plans to release details on how the cuts would be achieved.