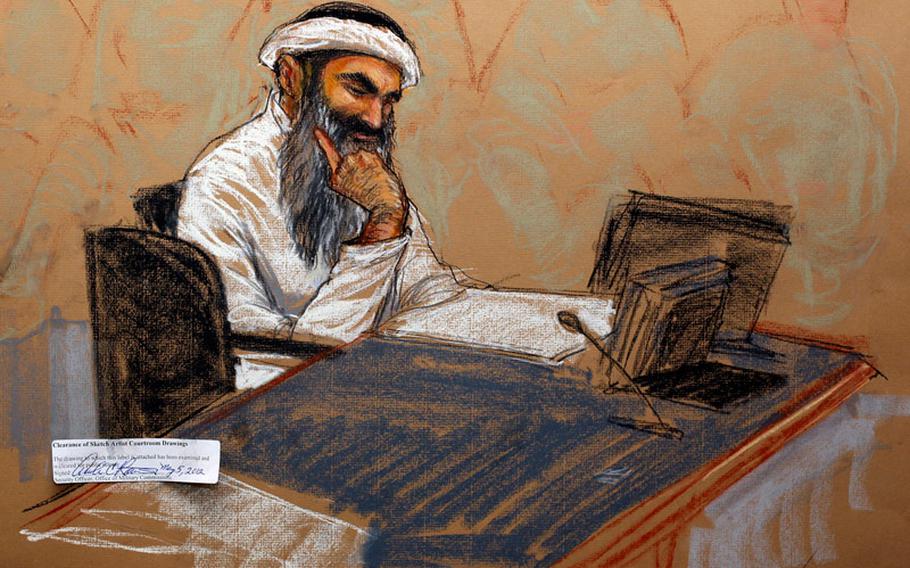 WASHINGTON — An Army lawyer assigned to defend Khalid Sheikh Mohammed at Guantanamo Bay has resigned his commission after being told he was being pulled from the case to attend a graduate program required for promotion.

Maj. Jason Wright, one of a team of lawyers defending Mohammed, resigned Aug. 26 from the Army, National Public Radio and others have reported.

Wright joined the Army in 2005, and for almost three years, he served on Mohammed’s defense team.

The nine-month program can be deferred, which Wright had done once before. But his latest request for a deferral was denied without explanation.

NPR asked the Pentagon to comment. A spokesman from the Army wrote:

“The Judge Advocate General denied the second deferral request because a suitable and competent military defense attorney replacement was available, Major Wright was not the lead or sole counsel, and it ensured Major Wright remained professionally competent and competitive for promotion.”

Mohammed is one of six “high-value detainees” being prosecuted at Guantanamo for offenses that could carry the death penalty.

Wright told NPR that it was hard to gain any client’s trust, but especially that of Mohammed. “All six of these men have been tortured by the U.S. government,” he said.

He says his former client, the self-proclaimed mastermind behind the Sept. 11 attacks, was waterboarded by the CIA 183 times and subjected to over a week of sleep deprivation; there were threats that his family would be killed. “And those are just the declassified facts that I’m able to actually speak about,” said Wright.

According to online magazine Slate, Mohammed was captured in Pakistan in 2003 and held at CIA black sites before being sent to Guantanamo in 2006. The first military commissions there were established by the Bush administration to prosecute detainees, but lacked the assurances of a fair trial under the U.S. Constitution and the Geneva Conventions.

Defendants were prohibited from hearing much of the evidence against them, and hearsay evidence or admissions gained under torture were admissible, and several military prosecutors resigned in protest, Slate reported. The first commissions were invalidated by the United States Supreme Court in 2006. A revamped Military Commissions Act was enacted in 2009. This new version strives for greater transparency and the appearance of a fair trial, including provisions affording more autonomy to defense attorneys.

In April 2011, Attorney General Eric Holder announced that Mohammed would be tried under one of these the new commissions.

The hardest thing to deal with as a defense layer, Wright told NPR, is fighting the government’s influence.

“Leave aside our constitutional principles — which we should try to uphold irrespective of who the defendant may be — the Constitution has been completely stepped on throughout this entire process,” he said. “That’s a separate and distinct issue of how the U.S. now has shown just abhorrent leadership when it comes to actually following essential, fundamental human rights and due-process guarantees.”