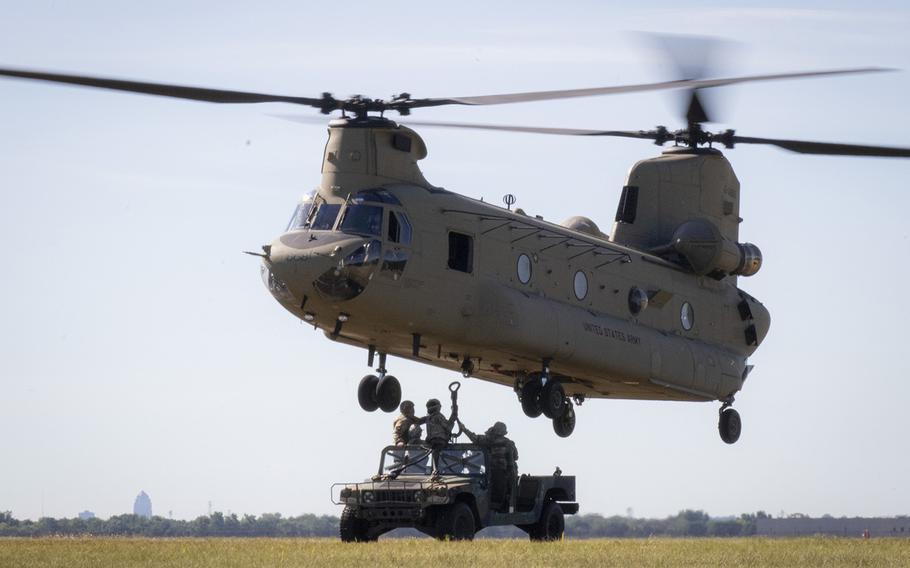 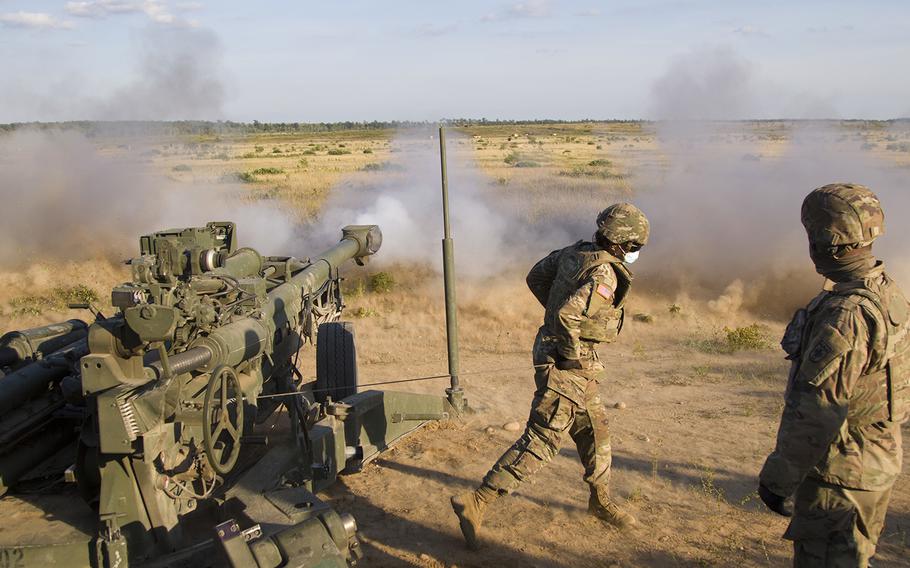 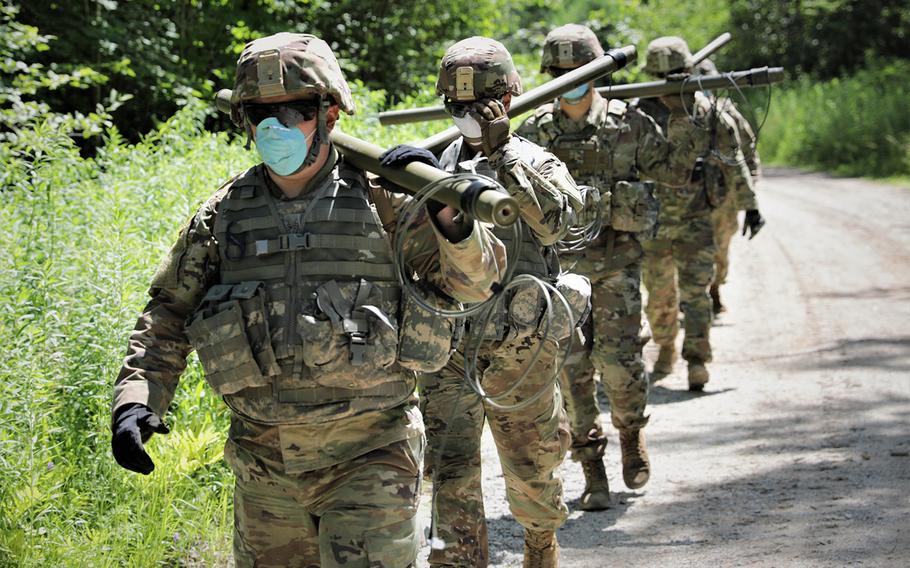 WASHINGTON — The Army National Guard will move most of its brigades under the command of its eight division headquarters as it reorganizes its fighting formations to give the force more combat power and some soldiers new career opportunities, officials said.

The Guard move will mark a substantial increase in the number of fully manned divisions that the Army can deploy, as only the service's 10 active-duty divisions are now filled out with subordinate units, said Lt. Gen. Daniel Hokanson, the director of the Army National Guard. The increase to 18 complete Army divisions comes at a time when service officials believe a major conflict with a near-peer rival — namely Russia or China — would require the employment of full divisions, he said.

For the last two decades, the Army has focused on its smaller brigade combat teams as its primary fighting elements for counterterrorism operations and deployments focused on assisting the forces of other nations.

“When you look at the [2018] National Defense Strategy and competition among near-peer competitors, peer competitors — that great power competition, there is a potential for large-scale combat operations … [and] it could actually be division level fights,” Hokanson said in an interview Thursday ahead of the Guard’s planned announcement Saturday. “We wanted to make sure that everything that the Army National Guard did was in support of the total Army and the NDS, and one issue was that our divisions are just headquarters they don’t have brigades under them.”

The National Defense Strategy, crafted by former Defense Secretary Jim Mattis, guides the Pentagon on future planning, placing the potential for major conflict with rivals China and Russia as the nation's primary national security threat. For the two decades prior, the military had focused almost exclusively on fighting transnational terrorist organizations, which the strategy defined as a lesser threat than those posed by nation-state competitors.

The Army National Guard now has eight headquarters elements stationed in Virginia, Texas, Pennsylvania, Minnesota, Kansas, Indiana, California and New York, which are each made up of about 300 or so soldiers. Some have established relationships with subordinate units, but none are manned in the way the Regular Army has built its divisions, which boast about 20,000 soldiers.

After studying the formations, Hokanson found the Army Guard had plenty of brigades and battalions to staff those divisions, which would allow the formations to train together and establish critical bonds should they be needed to deploy together into combat.

The actual division alignments have yet to be finalized. This week, officials notified key lawmakers and stakeholders in the 54 U.S. states and territories that host Army Guard formations about the plans, Guard officials said. They will require governors and other top state leaders to agree to partnerships with some units falling under the control of headquarters in other states.

But Hokanson said the new alignment will have no impact on the governors’ and state adjutant generals' control of the forces assigned to their home states. He also said the National Guard has not asked Congress to provide additional funding for the changes.

The plan calls for more brigades to align with other divisions in their general regions of the nation.

The new alignment, the general said, will actually provide new opportunities for soldiers serving in units such as the 1-200th, where states have no higher headquarters in a combat unit. Under the reorganization, a battalion commander or a battalion sergeant major who performed well would have an opportunity for promotions to serve in higher commands within the new division — potentially even becoming a brigade commander or division commander of a unit based in another state.

“So, if you’ve got a lieutenant colonel or sergeant major out there in New Mexico, and one of them is absolutely, potentially the best battalion commander or senior [noncommissioned officer] in the entire division [right now] really wouldn’t matter — there’s no opportunity for them to advance,” Hokanson said. “This would provide us the ability to better manage our talent across the National Guard by providing opportunities to those officers and NCOs that demonstrate the greatest potential and capability — we then give them the potential for opportunities beyond where they might normally get if they just stayed in their [home] state.”

He said he hopes to have all the National Guard divisions established in the coming months and reach initial operating capability — meaning they have trained enough together to be certified as minimally effective to deploy and fight as a unit — by Oct. 1, 2021.

Hokanson on Monday will receive a fourth star as he is promoted to the director of the National Guard, making him one of the Joint Chiefs of Staff. The new plan will then be overseen largely by his replacement, Maj. Gen. Jon Jensen, who is now adjutant general for Minnesota. Jensen will be promoted to lieutenant general and also become Army Guard director Monday.

Like the bigger Army, Hokanson pointed out the National Guard has been heavily used during the last 20 years, at home — where Guard soldiers have responded to myriad natural disasters, civil unrest and the recent coronavirus pandemic — and abroad, where they have regularly deployed to the Middle East and Afghanistan. He wants those units to be well-prepared for the next kind of fight they could encounter with a major military power.

“We never want to fight,” he said. “The goal is to prevent conflict.”

But if that fight does come, he wants the Army Guard soldiers ready to deploy as a full division that has spent time working together, instead of having to piece together a division at the last minute. He compared it to a basketball team where the players have spent years playing together as opposed to a pickup game where teammates might not know one another.

“When you go out on the playground and everyone picks players and you just go versus having a team, and you may only practice once a month and two weeks over the summer, but over the course of months and years you know your strengths and weaknesses, you’ve worked together and as a team, you would play much better together,” Hokanson said. “That’s what we’re looking at with this.”