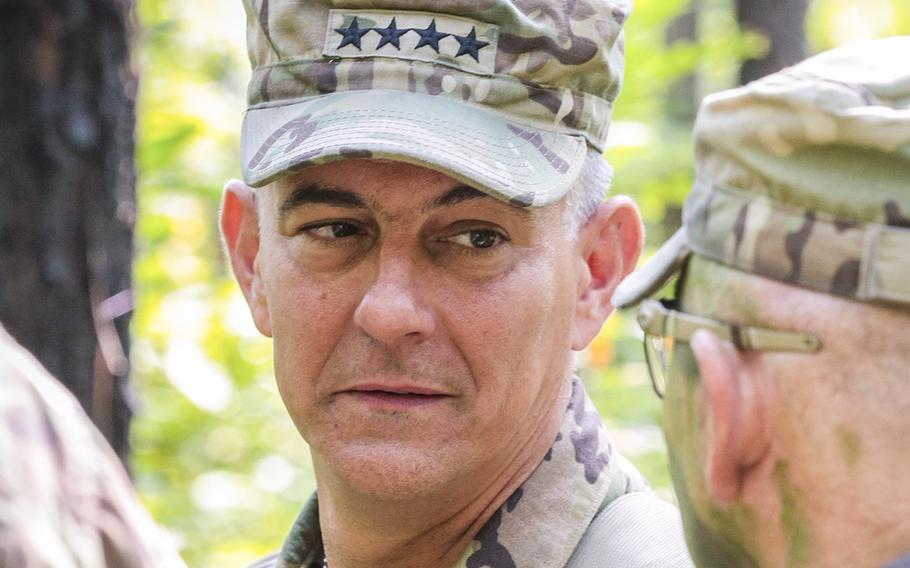 STUTTGART, Germany — Gen. Stephen J. Townsend, who for the past year has been the commander in charge of Army training, has been nominated to serve as the next leader of U.S. Africa Command.

The Senate Armed Services Committee announced Friday that Townsend was slated to testify Tuesday before lawmakers as the prospective AFRICOM chief, a job that requires Senate approval.

Since March 2018, Townsend has led the Army’s Training and Doctrine Command. If confirmed, he will replace Gen. Thomas Waldhauser, who has commanded AFRICOM since 2016. Waldhauser has led the command during a period of tumult for military operations in Africa, most notably the 2017 ambush of special operations forces in Niger that resulted in the deaths of four soldiers. The incident brought intense public scrutiny to previously obscure military operations in Africa, and raised questions about the military’s expanding mission on the continent.

A change of command date has not yet been set, but the switch over is expected to take place in summer.

Townsend will bring a unique background to AFRICOM’s Stuttgart, Germany headquarters having grown up at military posts throughout Germany as a child. As a lieutenant colonel in 2002 serving in Afghanistan, he told the Washington Post that he was born in Scheinfeld, West Germany, “the product of a love affair between a young Afghan medical student and a German art student.” He was adopted by an Army sergeant stationed in West Germany and his wife, the Post reported.

Townsend was commissioned into the Army infantry after graduating from North Georgia College in 1982. He has commanded in Iraq and Afghanistan.

Before his post at TRADOC, Townsend led all U.S. and multi-national troops in the battle against the Islamic State in Iraq and Syria as commander of Operation Inherent Resolve.

Townsend and his wife, Melissa, have two adult children -- an Army captain and an Army veteran, according to his official Army biography.