Are we winning the Afghan War? That’s classified, Sopko says 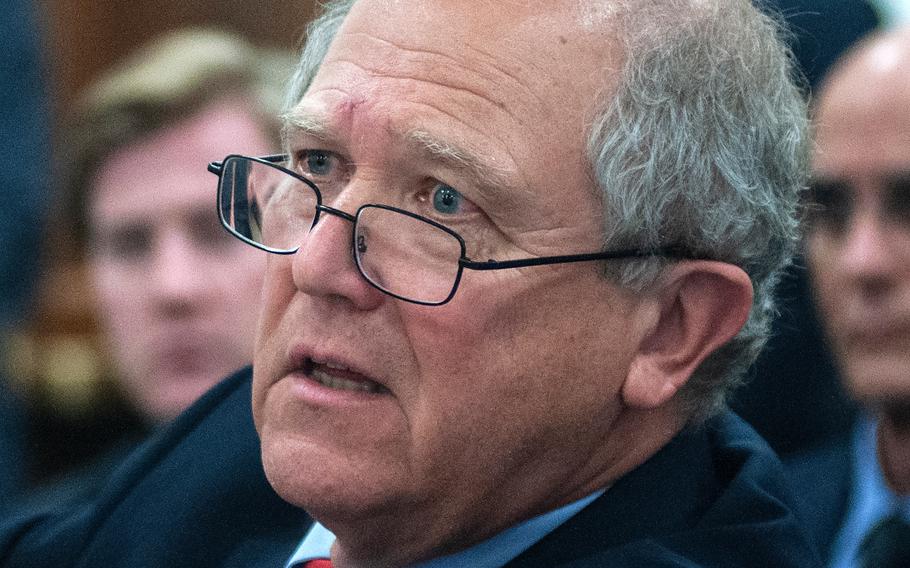 WASHINGTON — John Sopko, the special inspector general for Afghanistan reconstruction, told Congress on Tuesday that measuring progress on America’s longest war is virtually impossible with even the most basic facts trapped behind an ever-expanding umbrella of secrecy.

“Every time we find something that looks like it’s going negative, it gets classified … Most of the [methods] of measuring success are now classified,” he said in testimony before the Senate Homeland Security and Government Affairs Committee.

Sopko said it is impossible to gauge whether the Afghanistan government could keep order in its country if the U.S. military pulled out because the capabilities of Afghanistan’s army and police force are unknown.

“One question we would like to ask the Afghans is how many people [they] control and how much territory, and that’s now not relevant, apparently … It’s all secret, classified,” he told the Senate panel. “$64 billion has gone to training and assisting the Afghan military and I can’t tell you or the American people [how capable they are], that’s in part because we allow the Afghan government to classify what I can tell you and tell the taxpayer. How many Afghan soldiers do we have? We’re still trying to figure out how many we’re paying for. How many Afghan police are there, really? We don’t know.”

In 2008, Congress created the Office of the Special Inspector General for Afghanistan Reconstruction, known as SIGAR, to investigate fraud and waste in the war.

The ineffectiveness and pervasive corruption in Afghanistan’s army and police long have been a top concern for U.S. military leaders. Sopko has been a bullhorn on Capitol Hill, raising the alarm of incompetence and bureaucratic failures from the U.S. and Afghanistan governments for the past 18 years of war, which has killed more than 7,000 American troops, including two Green Berets who died last week in combat.

“The Afghan military — and particularly the Afghan police — has been a hopeless nightmare and a disaster,” Sopko said last week while testifying before the House Foreign Affairs Committee.

What the U.S. and the Afghanistan government end up classifying is an ever-ballooning list intended to cover up the failures of the war, according to Sopko.

“We have a list of everything that’s classified and it keeps growing,” he said Tuesday before the Senate panel. “The latest is looking at the Afghan special forces. It’s great, we’ve put a lot of money in that. But looking at the number of independent missions the Afghan special forces are doing has gone down. I would bet you that next quarter, that database will be classified.”

Tuesday’s hearing was an effort by senators to follow up on the Afghanistan Papers, the Washington Post’s reporting series based on hundreds of confidential interviews that SIGAR conducted with key figures of the nearly two-decade war that showed the projections of progress in Afghanistan were deliberately misleading despite overwhelming evidence the war had become an unwinnable quagmire.