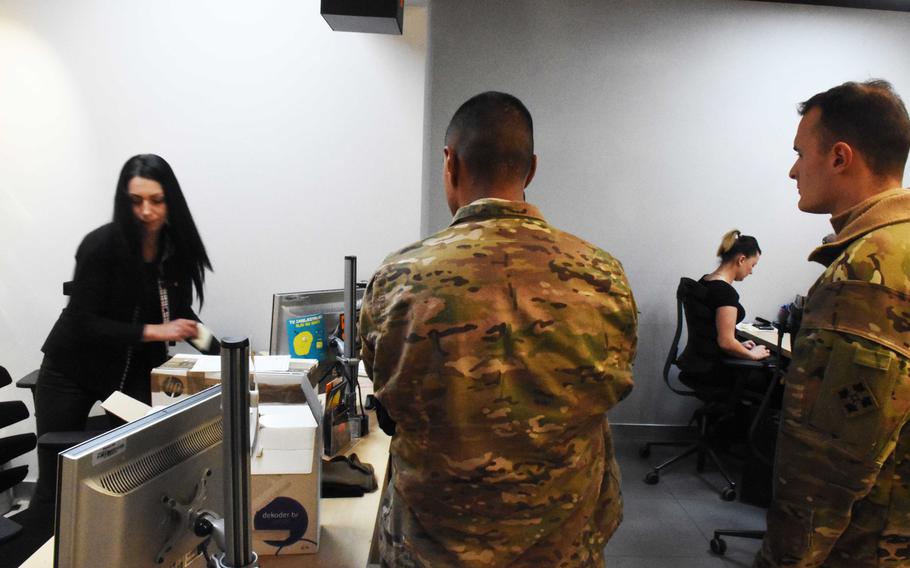 Buy Photo
A group of American soldiers set up cellphone service at a shop in Zagan, Poland. The recent influx of Americans in Zagan has been a boon for the local cell phone stores. (Martin Egnash/Stars and Stripes)

Buy Photo
A group of American soldiers set up cellphone service at a shop in Zagan, Poland. The recent influx of Americans in Zagan has been a boon for the local cell phone stores. (Martin Egnash/Stars and Stripes) 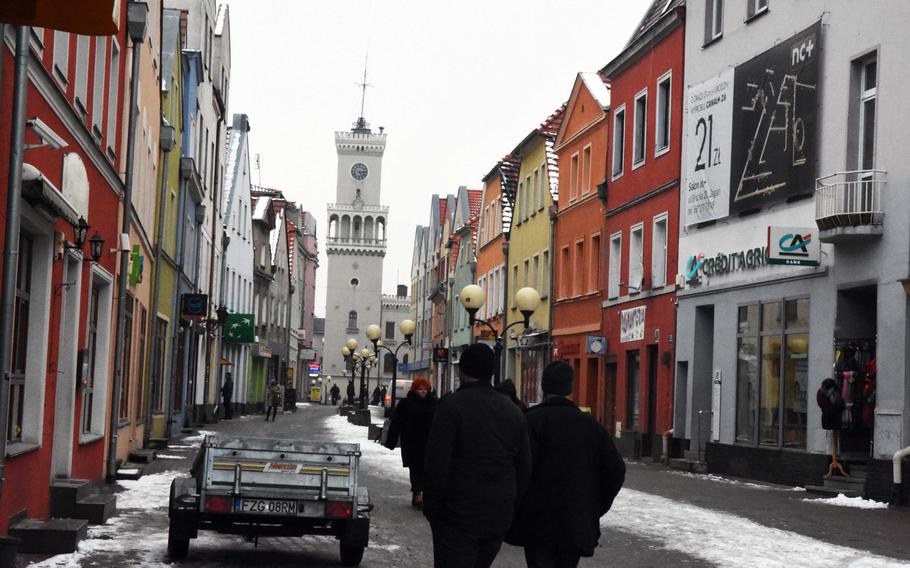 Buy Photo
The main pedestrian area of Zagan, Poland. The small town near the German border has seen an influx of American soldiers with the arrival of an armored combat brigade, which is part of a NATO force aimed at deterring potential Russian aggression. (Martin Egnash/Stars and Stripes) 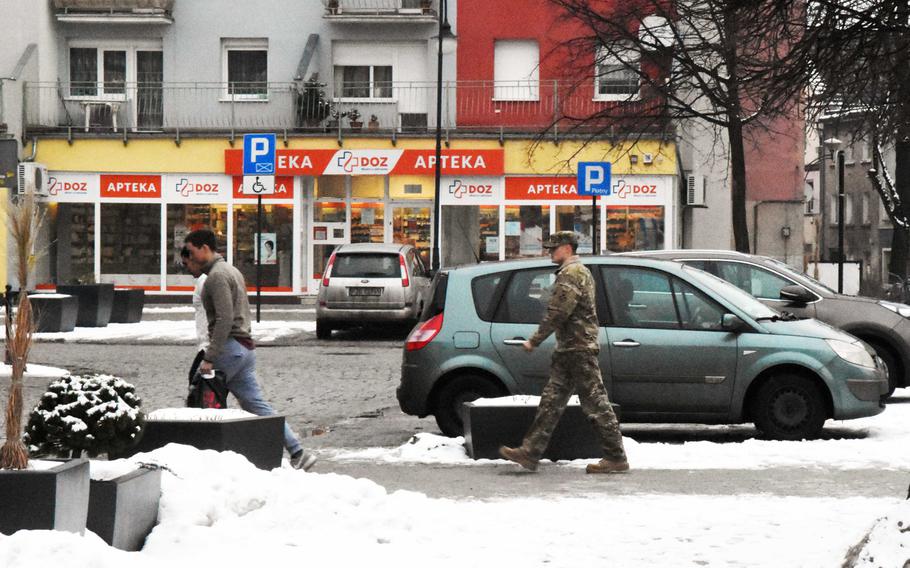 Buy Photo
A U.S. soldier walks along a street in Zagan, a small town in southwestern Poland. The sight has become a common one with the arrival of an armored combat brigade as part of a NATO force aimed at deterring potential Russian aggression. (Martin Egnash/Stars and Stripes)

ZAGAN, Poland — This hamlet in the wooded countryside is hours from Wroclaw, the nearest sizeable city, with narrow winding streets and large communist-era prefab block buildings.

It’s in a need of a makeover, and it just might get one.

The town is home to an expansive military installation, where Poland’s 11th Armored Cavalry Division is based. Earlier this week, the United States sent an armored combat brigade here as part of a NATO effort to assure eastern allies concerned about potential Russian aggression since Moscow’s invasion of Ukraine in 2014.

But the U.S. brought more than tanks and equipment to Poland. They also brought 3,500 consumers who are boosting the local economy and giving their hosts a snapshot of American life.

Zagan’s crumbling medieval wall is a world away from what the U.S. troops are used to, but they’re enjoying themselves and they’re good for business.

“We get a lot of Americans coming in now,” Antoni Mazur, a local restaurant owner, said. “Americans like Polish food. They eat here every day now”.

Some of the specialties the Americans are enjoying are perogies (dumplings), potato pancakes and, of course, the sausage Poles call kielbasa. There are dozens of traditional eateries throughout town, primarily in the main square, which wraps around a stark white watchtower.

Having American clients is new for most of the businesses around town, though a few are used to serving international customers.

“We get Germans, French and American (visitors). We’ve always had Americans, just more now,” said hotel and restaurant worker Olga Wolna. “Some of them work on base. Others are just visiting. We’ve had to work on our English to talk to them all.”

Restaurants and cafes are among the most popular places for American soldiers when they’re off duty, , but local mobile phone stores also enjoy good business.

“American’s come (here) all the time,” said Zofia Kaczmarek, who works at the Orange mobile phone store. “They want to be able to call home. It is very important to them. Of course, that is good for our business.”

The U.S. soldiers are still relatively new to the city, and the locals are getting used to them. At one coffee shop, barista Anna Wojcik, can tell an American from the second one walks into the door.

“Americans act different,” Wojcik said. “Not bad. Just different. They look around a lot more. And as soon as they come in, they don’t know exactly what they want to say.”

The fact that most of the Americans in Zagan speak hardly a word of Polish hasn’t hindered efforts by the visitors and locals to get to know one another. Though most of the restaurant menus are in Polish, they often include pictures, so the Americans haven’t had too much trouble ordering what they want.

“I love being here, it’s like a big adventure for us,” said Spc. John Hess, an infantryman who recently arrived here. “The Polish generally know English, so that helps a lot. They’re really friendly too.”