Al-Maliki seeking help with growing Iraq violence during US visit 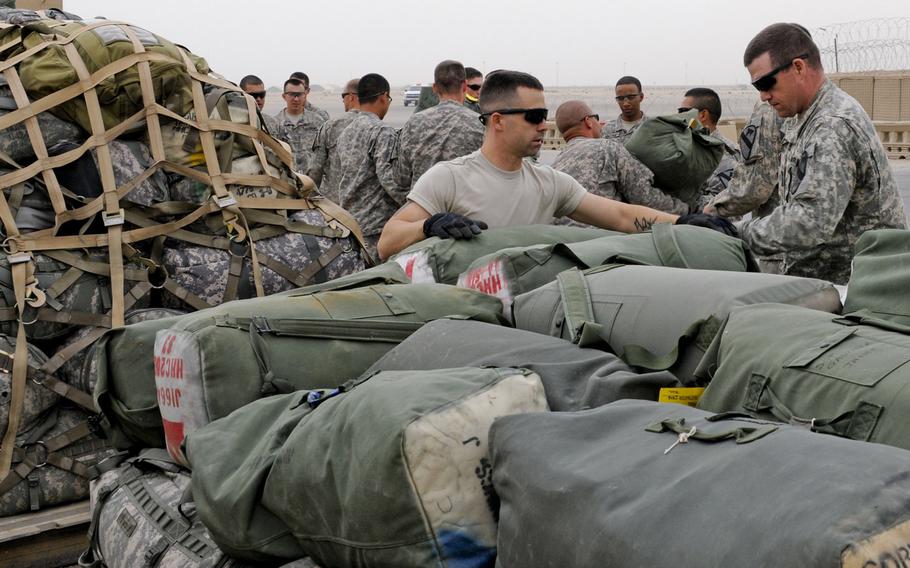 Soldiers with the 3rd Brigade Combat Team, 8th Cavalry Regiment, load their equipment onto pallets on Contingency Operating Base Adder Oct. 26, 2011.. The C-130 aircraft carried soldiers and their palletized equipment out of Iraq. (Andrew Slovensky/U.S. Army)

Nearly two years after the U.S. military withdrew from Iraq when the country refused to grant legal immunity to American troops, Iraq’s prime minister is in Washington seeking help with growing violence in his country.

However, Maliki is not seeking a return of U.S. military trainers to the country, a senior administration official said Wednesday while speaking to reporters on the condition of anonymity.

Iraq is dealing with a growing threat from Sunni al-Qaida insurgents who are taking on al-Maliki’s Shiite-dominated government and exacting a growing death toll on Shiite civilians and others.

The senior administration official said Iraq had recently made a $650 million payment toward deliveries of F-16 fighters, which are on track to reach the country by next fall. The administration wants to give Iraq the weapons it needs to combat al-Qaida insurgents, who sometimes outgun the Iraqi government forces when they attack terrorist camps, the official said.

But both sides agree the weaponry is only part of the equation to turn Iraq away from violence, which also includes persuading Sunni tribes in the region to buy into the concept of a unified Iraq, the official said.

“Weapons sales alone will not advance any of our interests,” the official said.

On Tuesday, a bipartisan group of U.S. senators wrote to Obama on the eve of al-Maliki’s visit to voice fears about a collapsing security environment in Iraq, asking Obama to push al-Maliki toward a strategy to stabilize the country, including a less partisan style of rule.

According to the letter by Sens. John McCain (R-Ariz.), Carl Levin (D-Mich.), Robert Menendez (D-N.J.), Bob Corker (R-Tenn.), James M. Inhofe (R-Okla.) and Lindsey Graham (R-S.C.), nearly every measure of security in Iraq has declined while al-Qaida in Iraq has “returned with a vengeance.”

Al-Maliki’s mismanagement and partisanship are contributing the violence, they said.

“By too often pursuing a sectarian and authoritarian agenda, Prime Minister Maliki and his allies are disenfran-chising Sunni Iraqis, marginalizing Kurdish Iraqis, and alienating the many Shia Iraqis who have a democratic, inclusive, and pluralistic vision for their country,” they wrote.

Among the problems is the “malign influence” of Iran in Iraq’s government, which undermines support for Iraq in the United States and around the world.

The group cited an independent study showing that in 2010, the year before U.S. troops withdrew from the coun-try, car bombings declined to an average of 10 a month while multiple-location attacks occurred only two or three times. But this year, according to a study by the Washington Institute for Near East Policy cited by the senators, there have been an average of 68 car bombings and 10 multi-location attacks a month.