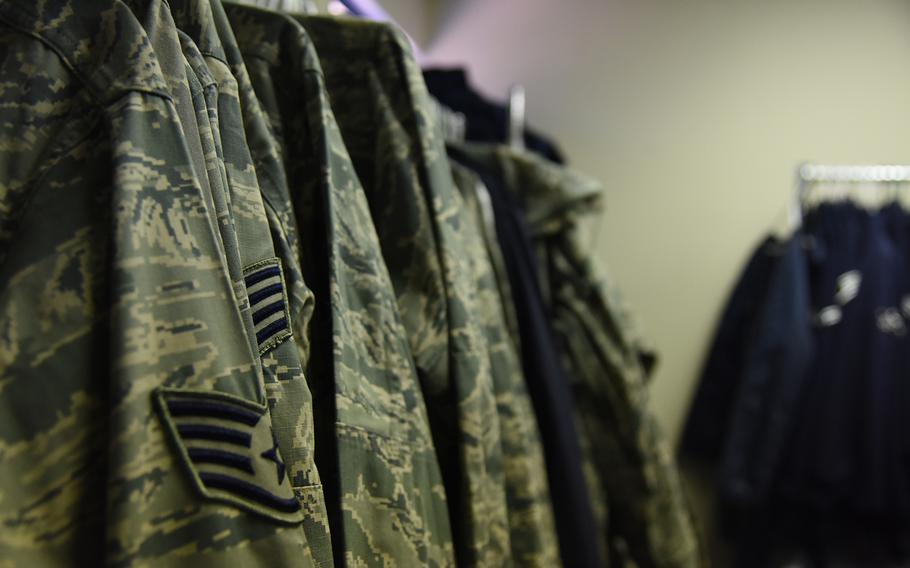 WASHINGTON — The Air Force on Tuesday announced it is changing the placement of unit patches on its new combat uniforms and is authorizing the use of two-piece flight uniforms for air crewmen at home stations or while deployed.

The decisions are part of an ongoing review of the Air Force’s uniforms and are meant to conform to the service’s traditions and to improve the fit and usefulness of airmen’s duty clothing, officials said.

When wearing the Operational Camouflage Pattern combat uniforms, which the service adopted in October, airmen are now to place their squadrons’ patches on the right sleeve along with the U.S. flag and their higher headquarters patches on the left sleeve, Gen. David Goldfein, the Air Force chief of staff, announced in a statement. Previously, those patches had been worn on the opposite arms.

Goldfein said the Air Force initially chose to wear patches in a manner similar to its “sister services,” primarily the Army, which also wears the OCP uniform, and whose soldiers wear their current units’ patches on the left sleeve and can wear patches representing units that they have deployed with in combat on the right sleeve. The general said he had received “overwhelming feedback” from his troops to switch the patches to conform better with the Air Force’s historical emphasis on its squadrons.

The OCP uniform is being phased into use across the entire service, replacing the gray, blue and green, tiger-striped Airman Battle Uniform. The transition is expected to be completed by April 1, 2021.

The authorization of the two-piece flight suit for airmen who typically have worn the one-piece flight suit is meant “to provide airmen with improved form, fit and function to perform their duties,” according to the Air Force statement.

The Air Force said some airmen, including those serving in the Air Force Special Operations Command, have been wearing the two-piece flight suit while deployed in combat theatres.

“Squadron commanders will now have the flexibility to make combat uniform decisions based on what is best for their airmen to meet mission requirements,” according to the Air Force statement.