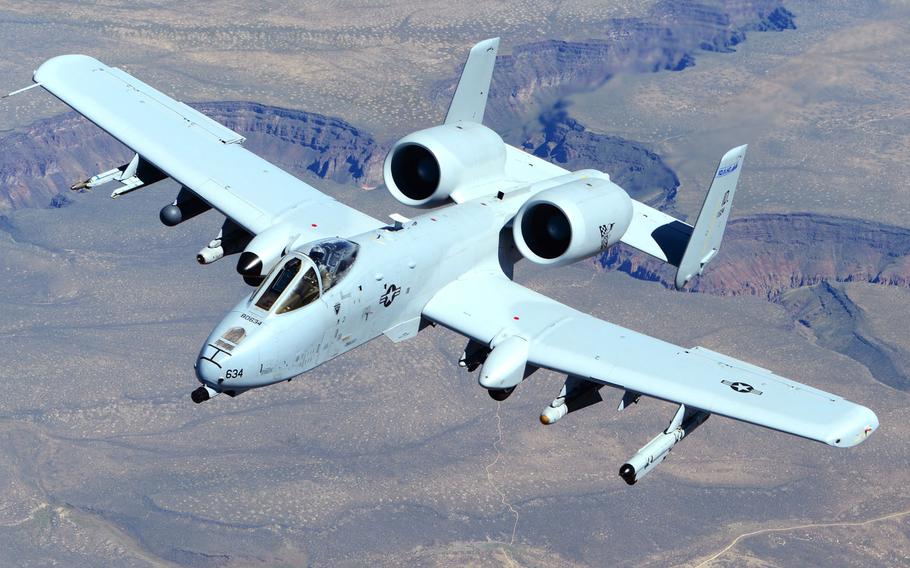 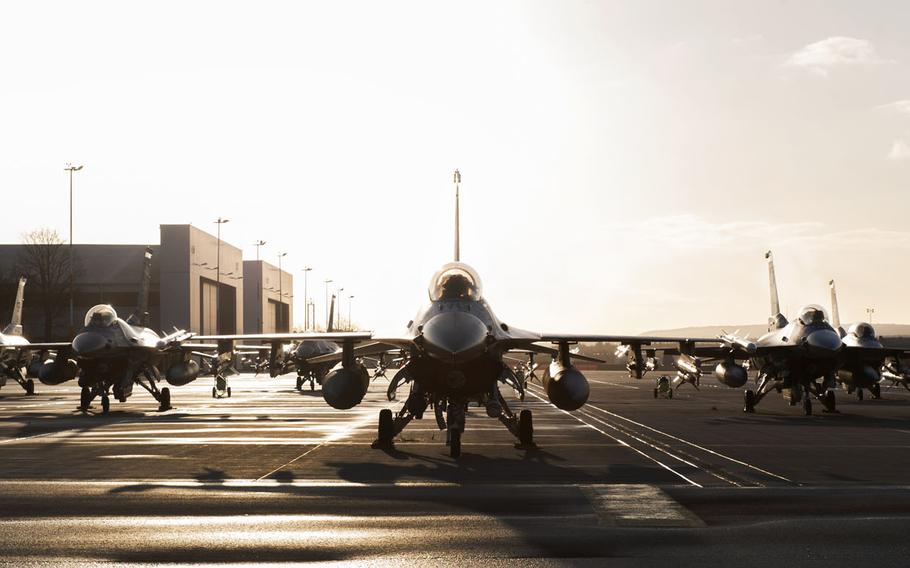 WASHINGTON — The Air Force will send some perfectly fine fighter jets to the boneyard or delay its F-35 Lightning II rollout for a year if Congress blocks retirement of the A-10 Thunderbolt, according to a document recently provided to military oversight committees.

The tradeoffs would occur at Hill Air Force Base in Utah, due to limited number of personnel to maintain the A-10s, F-16 Fighting Falcons and the first advanced F-35 joint strike fighters slated to arrive later this year, the service told lawmakers.

The Air Force and Congress have been grappling over the future of the A-10, known as the Warthog, for the past year. Hill recently unveiled plans to mothball 18 of the aircraft. The service wants to eliminate the close-air-support aircraft to save money but the House Armed Services Committee said it will vote this week on a draft defense budget that will bar the move.

“The Air Force, if compelled to retain the A-10, does not possess a sufficient number of experienced maintainers to sustain the original Hill AFB conversion plan [to] stand up [a] new F-35 fighter squadron and then convert two F-16 units,” the service wrote to the committee in an unclassified talking paper obtained by Stars and Stripes. The undated document was recently provided to House and Senate armed service committees, congressional staff said.

The F-16s were to be relocated to other bases – Whiteman Air Force Base in Missouri and Fort Wayne Air National Guard Base in Indiana – to replace A-10 units and make room for the F-35s.

Instead, the jets would be sent to the “boneyard” storage area at Davis-Monthan Air Force Base in Arizona, the service said.

If lawmakers try to block F-16s from the boneyard, the lack of qualified maintenance personnel would delay the F-35 from flying at Hill for “at least a year,” it said.

The Air Force has repeatedly asked Congress to support the A-10 retirement, which it says will save about $4.2 billion over the next four years and allow the fleet to be modernized. The A-10 has been flying since the 1970s and is now deployed in Iraq and Europe.

Lt. Col. Christopher Karns, an Air Force spokesman, said it is premature to speculate on what actions the service will take before Congress hashes out the annual defense budget.

“The Air Force has actively explored a range of options to address its maintainer shortage,” Karns wrote in an email. “An inability to divest A-10s will impact the ability to provide experienced maintainers to support the F-35 mission.”

The chairman of House Armed Services released his draft of the annual defense budget Monday and it included a measure fully funding the A-10 program, though it would allow the Air Force to mothball a maximum of 18 aircraft.

However, Rep. Martha McSally, R-Ariz., said she plans to introduce an amendment Wednesday that will prohibit any retirement of the aircraft.