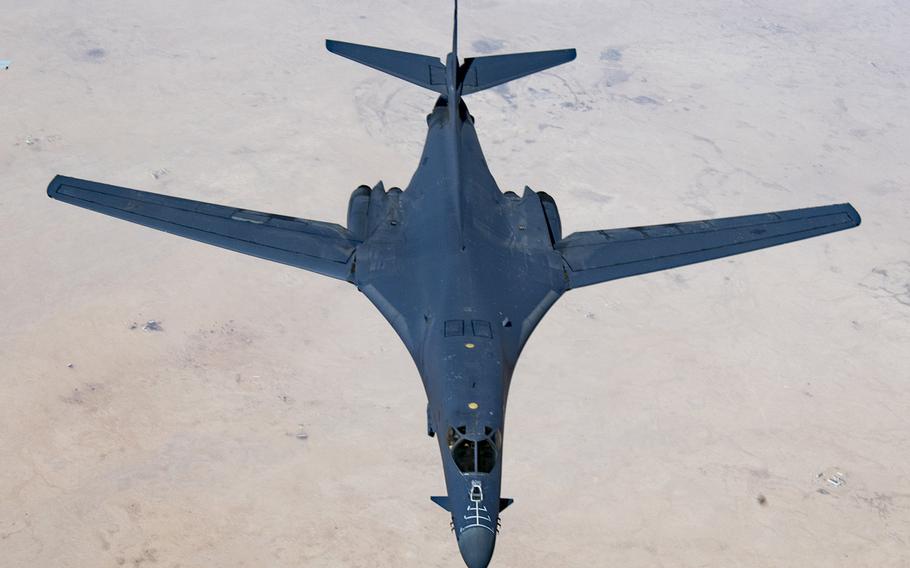 WASHINGTON – The Air Force on Thursday grounded its fleet of B-1B Lancers to inspect the conventional bombers’ ejection systems after discovering a parachute rigging problem during a routine inspection, the service announced in a statement.

Air Force technicians will inspect all 62 of the service’s B-1B aircraft during the stand down, said Air Force Capt. Earon Brown, a spokesman for Air Force Global Strike Command. The jets will be returned to flying status on a rolling basis as they are inspected and any issues are resolved, he said.

The stand down marks the second such grounding of the Air Force B-1B fleet in about one year due to ejection system concerns. Last May, Lancers were grounded about three weeks after a B1-B from Dyess Air Force Base in Texas experienced an in-flight emergency and its ejections seats failed to deploy. The crew, in that case, landed safely.

Air Force officials said the problem announced Thursday was unrelated to the 2018 problem, which has been fixed.

In its statement, the Air Force described the stand down as a precaution.

“The safety of airmen is the command’s top priority and this precautionary step will enable the command to correct any potential issues,” the statement reads.

Brown said Thursday that none of the Air Force’s B-1Bs are now deployed overseas or supporting direct combat operations. He declined to predict how long the stand down could last.

The Boeing-built B-1B, known as the Bone, is a long-range bomber with four jet engines that has been used by the Air Force for some 30 years including in combat in Iraq and Afghanistan.

It boasts the largest payload of conventional weapons of any U.S. military aircraft, capable of carrying tens of thousands of pounds of a wide variety of guided and unguided bombs, according to the Air Force.