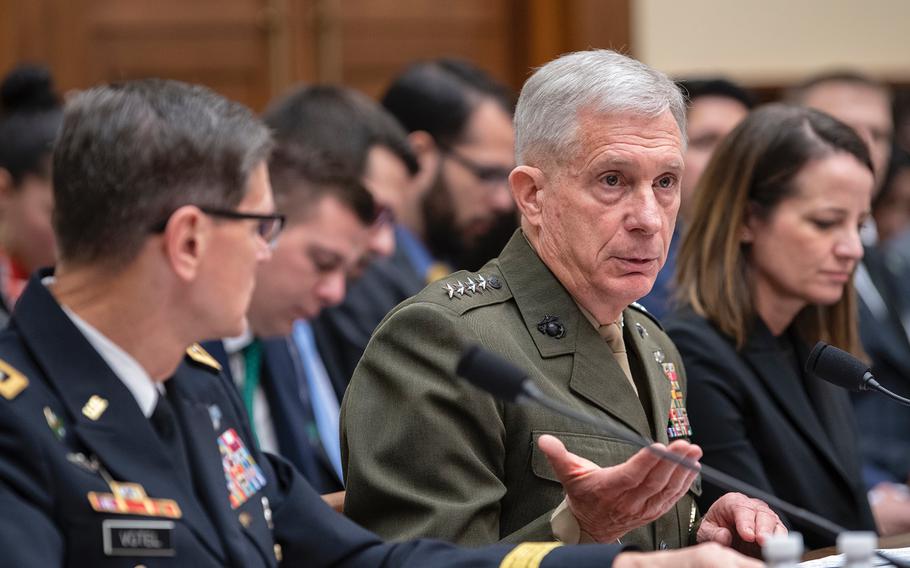 About 300 counterterrorism troops have been pulled from Africa in connection with a strategy shift that calls for more focus on great-power competition, U.S. Marine Corps Gen. Thomas Waldhauser said during testimony before the House Armed Services Committee.

Despite the Pentagon-ordered troop cutbacks, Waldhauser said he has “adequate” forces to carry out his mission and special operations troops in Libya and Somalia were unaffected by the drawdown. Instead, the reductions centered on regions where there was no clear threat to the U.S. homeland, he said. And in Niger, where four U.S. soldiers were killed in a 2017 ambush, special operations troops have shifted away from ground patrols to advising forces at a battalion headquarters level and even remotely, Waldhauser said.

But now as the military shifts priorities to counter powers such as Russia and China, the United States will need to elevate its political profile in Africa, where China routinely deploys high-level delegations, Waldhauser said

“We have to work at the relationship with high-level visits and engagements,” he said.

In recent years, much of the United States focus in Africa has centered on countering violent extremism in places such as Niger, a country that military leaders have long acknowledged there is no immediate threat to the United States. Meanwhile, Beijing has invested billions to finance mineral extraction ventures, telecommunication projects, port and infrastructure deals in Africa.

China also has increased its military activities, establishing its first overseas base in Djibouti nearly two years ago.

“They certainly want to protect those investments,” the general said.

As the United States vies for influence, Waldhauser said it can’t focus just on military power.

“We need to do a better job of publicizing things we are doing on the soft side of power,” he said. “Africans don’t want to be in the middle of great-power competition.”