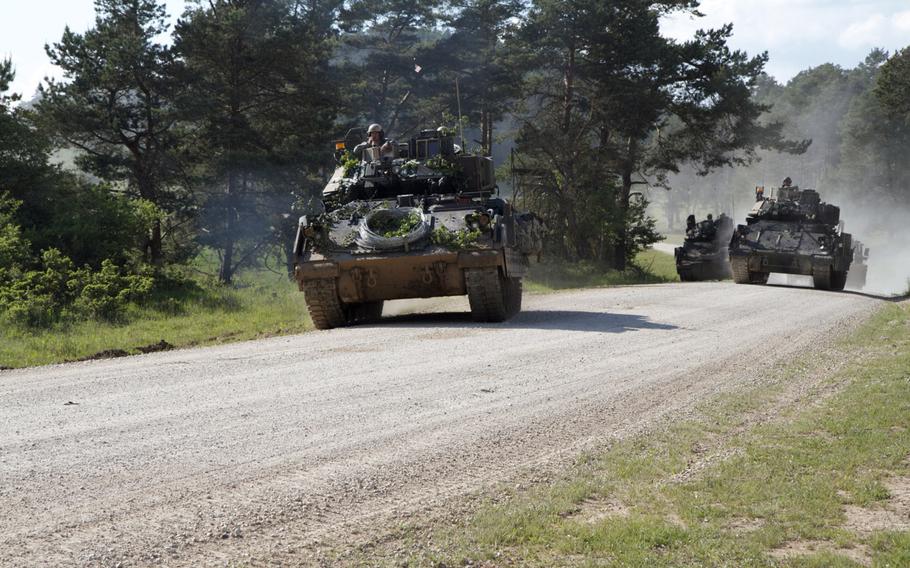 The troops and their equipment — which include M-1 Abrams tanks, infantry fighting vehicles, and armored personnel carriers — will go to Europe in October for a three-month series of training exercises.

The soldiers, based at Fort Hood, Texas, are replacing about 600 paratroopers from the Army’s 173rd Airborne Brigade, which is based in Vicenza, Italy. The “Sky Soldiers” have been conducting exercises with Poland, Latvia, Lithuania and Estonia since April as part of ongoing Operation Atlantic Resolve.

In addition to ground forces, the U.S. has also sent F-16 combat aircraft to Poland and participated in NATO air policing missions over the Baltics.

The exercises came at the request of host nations that fear a resurgent Russia, which annexed the Crimea region of Ukraine earlier this year and continues to support a pro-Russia separatist movement in eastern Ukraine.

For months, the Russian military has massed forces along the border with Ukraine and provided advanced weaponry and other assistance to the rebels. In recent days, Moscow has announced its intention to send a convoy of trucks into Ukraine to deliver what it says is humanitarian aid to separatist-held areas under pressure from Ukrainian government forces.

Kiev has said it will allow Russian humanitarian aid into the affected region, but only if it is delivered by the International Red Cross. Russia wants to deliver the supplies directly.

Ukrainian and Western officials are concerned that the alleged humanitarian mission might be a ruse to enable Russia to provide more military help to the separatists.

On Tuesday, Warren warned that Russian aid convoys could be a “Trojan horse.”