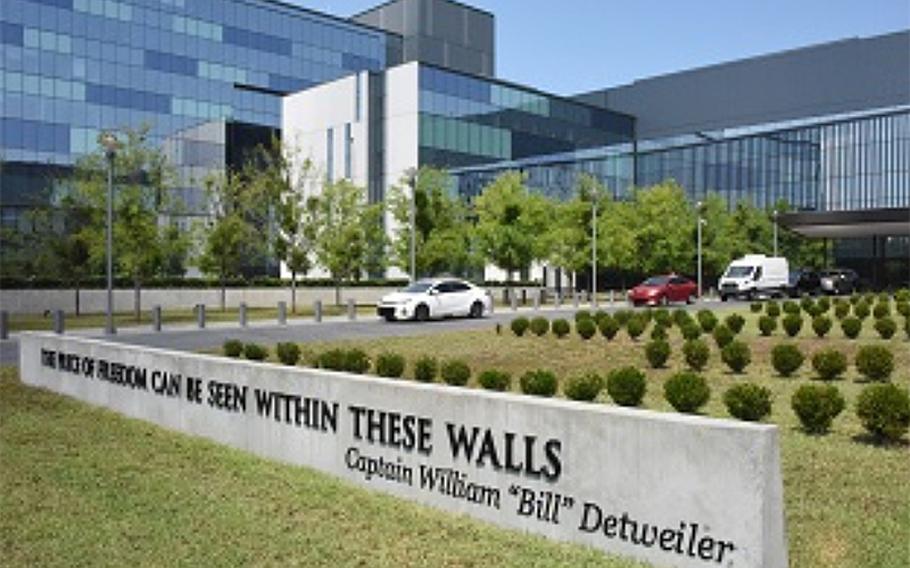 The New Orleans VA has consistently seen the most cases and deaths since the VA started tallying them. As of Wednesday, there were 413 positive cases, and 37 were hospitalized. Twenty-three veterans have died at the New Orleans hospital. (VA)

WASHINGTON — The number of Department of Veterans Affairs patients to die from the coronavirus jumped to 167 on Wednesday as positive cases across the VA health care system surpassed 3,000.

In total, 3,265 VA patients have tested positive for the virus, and more than 500 have been hospitalized. Employees of VA medical centers have also been infected — 1,130 as of Wednesday.

Seven staff members at VA hospitals have died from the virus. The deaths come as VA medical staff and the federal unions that represent them have protested their working conditions.

The VA did not name the employees who died or share their job titles, citing privacy concerns. One employee worked at the VA hospital in Ann Arbor, Mich.; one at the Detroit VA; one in Indianapolis; one in Houston; and two in Reno, Nev., according to the department.

The American Federation of Government Employees, which represents hundreds of thousands of VA workers, said Wednesday that a seventh employee had died at the VA medical center in Shreveport, La.

The VA employee in Shreveport and those in Reno were union members, as well as veterans, AFGE said. In a public statement, the union named the two employees.

Roy Coleman, 64, was an emergency medical technician at the Overton Brooks VA Medical Center in Shreveport. He died Monday, the union said. Vianna Thompson, 52, was a registered nurse at the VA Sierra Nevada Health Care System in Reno. She died Tuesday.

“I extend my deepest condolences to the families of Roy Coleman and Vianna Thompson. Their avoidable and untimely deaths highlight the risks facing frontline health care providers and other mission-critical workers every day — and the scandalous lack of action to keep these workers safe,” AFGE National President Everett Kelley said in the statement.

AFGE filed a complaint with the Occupational Safety and Health Administration this week, criticizing the VA for failing to protect staff. The union claimed the VA created an unsafe working environment by not providing enough personal protective equipment to frontline workers.

Nurses at the Brooklyn VA Medical Center — which has become a hot spot for the virus — protested between shifts Monday evening. Denise Bruno, a longtime ICU nurse, said she and other nurses were treating twice the number of patients than usual and were told to reuse their masks and medical gowns.

The VA has denied there is a lack of personal protective equipment across the health care system.

A spokesman for the Brooklyn VA hospital said the facility had the appropriate equipment and was following guidelines put out by the Centers for Disease Control and Prevention for the use of N95 masks.

To conserve the limited supply of the masks, the CDC recommended reusing the masks and using alternative face coverings. The CDC said there is no way to determine the maximum number of times a mask can safely be reused.

“It’s better to reuse them than not to have them at all,” Bruno said. “But it does put us at risk every time.”

In addition to providing more protective gear, Bruno suggested the VA send nursing staff from other, less-affected medical centers to help treat veterans in Brooklyn. She also asked that her hospital more adequately train staff from other departments before sending them to the ICU.

Between Brooklyn and VA hospitals in the Bronx, Manhattan and nearby East Orange, N.J., 627 veterans and 120 VA staff had tested positive for the virus, and 187 veterans were hospitalized.

Besides New York, Michigan and Louisiana have been hit hard by the virus.

Together, Ann Arbor and Detroit had 146 positive cases among veterans and 40 among VA staff. Thirty-seven patients had been hospitalized.

The New Orleans VA has consistently seen the most cases and deaths since the VA started tallying them. As of Wednesday, there were 413 positive cases, and 37 were hospitalized. There were 92 positive cases among hospital employees.

Twenty-three veterans have died at the New Orleans hospital, including the youngest, who was in his or her 40s.

Shreveport had 24 positive cases, and nine veterans had been hospitalized. Twenty-seven staff members were infected with the virus.